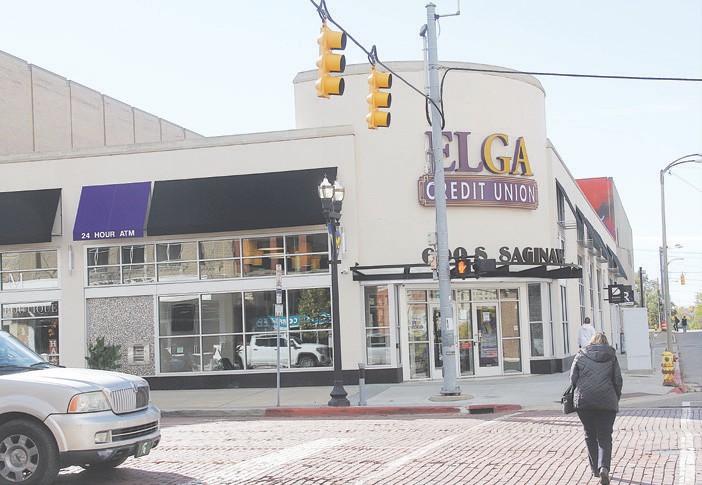 FLINT – Since 1999, Uptown Reinvestment Corp. has worked to revitalize and sustain downtown Flint, changing the atmosphere to one that is more appealing to not only business owners, but Genesee County residents as well.

For the past 23 years, URC has worked to support existing businesses, while improving the infrastructure and aesthetics of downtown Flint to make it more attractive to entrepreneurs, the public and those desiring urban housing. top of the line.

To accomplish this, URC has assembled a partnership of government, business, educational, and philanthropic institutions that all work together to bring business to downtown Flint.

Tim Herman, Flint & Genesee Group CEO and president of Uptown Reinvestment Corporation, said the goal is to remarket downtown Flint as a place people want to visit by making it safer and more attractive.

“The more attractive the area becomes, the more area residents and visitors from outside of Genesee County will come downtown for a night out or to shop, lodge, do business or bank, which which will have a greater economic impact,” he said. “As the redevelopment of downtown Flint continues, not only will it help change the narrative of the area, but the investments and spending will also have a multiplier effect, contributing to the prosperity of Flint and Genesee County. “ 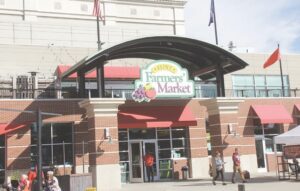 There have been numerous revitalization projects where URC and its partners have purchased, renovated and redeveloped old buildings throughout downtown Flint.

“I can’t believe this is what it is today,” Herman said.

Other accomplishments include the Mott Community College Culinary Arts Institute, 550 S. Saginaw St., which opened in 2019.

The building not only houses the Culinary Arts program, but also the Coffee Beanery. 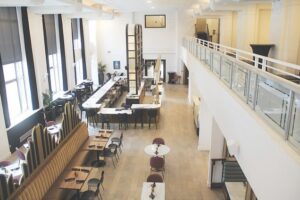 Additionally, in the same building is Applewood at Second & Saginaw, MCC’s upscale restaurant/teaching lab. The menu is entirely made up of cuisine and baked goods created by the students of the program.

Herman said MCC has more than doubled its capacity for Culinary Program students with the new location, recognized as the most technologically advanced building in Michigan.

“Mott Community College is at the peak of its ability to deliver the most from its culinary arts program,” Herman said.

He said URC will own the building for seven years before handing it over to Mott Community College — a common practice the group uses for nonprofits.

“The maximum we keep a building is seven years,” Herman said. “Then we donate it to the nonprofit.”

The Mott Community College Culinary Arts Institute, a $13 million project, was previously a bank building when it was purchased by URC. 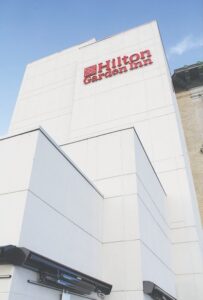 Another successful project is the former Riverfront Hotel, which URC bought for $6 million and turned into UM-Flint student housing.

Herman said the URC and its partners invested $27 million in the facility and then donated it to UM-Flint. It is now known as Riverfront Housing and Banquet Center.

Another important project in the revitalization of Flint was the Hilton Garden Inn.

According to the Hilton’s website, the 11-story former Genesee County Bank building on the corner of South Saginaw Street and Kearsley Street was Flint’s second skyscraper, completed in 1920.

During the project, the adjacent five-story Sherman Building at 110 W. Kearsley was integrated into the tower and connected at each level.

The Hilton has a two-story banking hall along Kearsley Street which serves as a private dining room, incorporating the bank’s original vault and has a balcony overlooking the restaurant and bar.

The 11-story structure includes 101 rooms, an upscale Italian restaurant, meeting rooms and a banquet center as well as a rooftop lounge and terrace, according to the Hilton website.

Another is the former Economy Shoes building which has had a facelift and new tenants. A three-level structure, it now houses the Brown Sugar Café on the ground floor, a Kettering University research center on the second floor, and a residential loft on the top.

There is also the Wade Trim building, which includes residential accommodation on the top floor; the renovated and restored Capitol Theater; and the Flint Farmers Market, which occupies the former Flint Journal print shop building.

The marketplace, Herman said, is what the URC sees as a business incubator, allowing small startups to get off the ground and eventually move into their own store or restaurant.

“It gives them a chance to open up and then work on building their own brick-and-mortar space,” he said. “They can move their business instead of being at the farmers’ market.”

This will bring 100 third- and fourth-year medical students to Flint per year and will include 16 loft apartments on the third and fourth floors of the building.

Herman said it’s part of a larger $36 million health and wellness plan that involves relocating the market to the old press building, as well as removing the Genesee towers, which have were demolished in 2013.

In addition to commercial and business development, URC has also worked to provide more upscale housing in downtown Flint.

Herman said current trends have young people living more in urban areas than in rural or suburban homes or apartments.

Many young people want to be close to dining and entertainment centers, rather than having to travel to these places from the suburbs, in addition to having access to other city amenities.

URC has taken many of the good things Flint has to offer – like the Cultural Center, Longway Planetarium, Sloan Museum and the Whiting – and built around it to create a thriving dining and entertainment district, enhancing what was already there.

Herman said URC is proud of Flint’s new, more attractive downtown, which has proven to be more inviting to the community as a whole.

“Why are we doing all this? For the county. And what does the county see when we do that? Hermann said. “It’s the county seat; this is where it all happens. People talk about Flint.

This is the second of three reports in a series on economic development in and around downtown Flint and its impact on surrounding communities. On March 3, we will review Uptown Reinvestment Corporation’s future plans for S. Saginaw Street moving south into the suburbs.