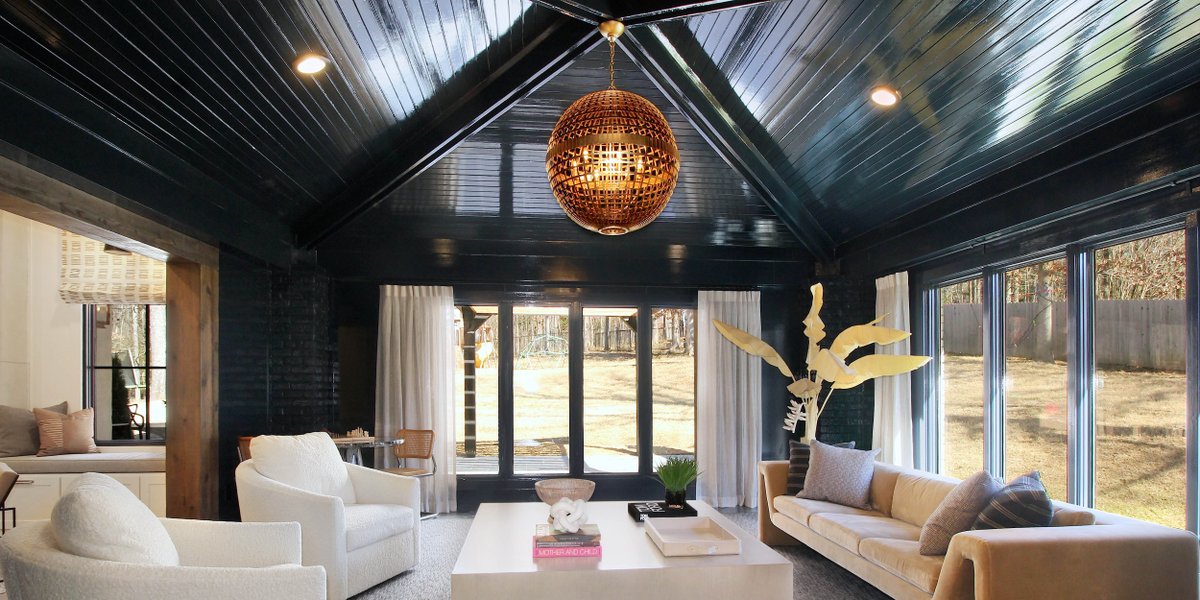 When Tara Engelberg moved to Memphis, the experience of creating a new home in her husband Jeff’s hometown sparked a creative urge. “We hired a company from Chicago to help us with the design process,” she says. But when they finally got their house the way they wanted, “I wasn’t ready to end it. I had nothing more to do here, but I was so prepared. The creative juices were flowing. I watched things in a different way. I started going to people’s houses and noticing things. How would they like curtains there? Or, I feel like those pillows are bad.

Then, a diagnosis of breast cancer turned her life upside down. As she endured six months of grueling treatment, she reconsidered her career goals. Once fully recovered, she took a leap of faith and launched Tara Felice Interiors.

“When I first talk to customers, I tell them I do ‘sophisticated comfort.’ I want it to be beautiful, sophisticated and polished, but also very user-friendly. —Tara Engelberg

“It was really scary,” she says. “I remember thinking, ‘Who the hell is going to hire me?’ … Spending someone else’s money was a very different experience. It’s one thing to make a mistake at my expense. It’s a whole other thing when someone else buys. But I have to tell you that the experience of cancer made me feel like, “What’s the worst that can happen? The wrong sofa size is not a matter of life and death. If I have to pay for someone’s couch, so be it. I have to learn one way or another.

Around the same time, his cousins, Ryan and Maureen Baum, were rehabilitating a house in East Memphis. “It was a hoarder’s house, so it was effectively condemned,” Ryan says of the 1964 three-bedroom home. “I did all the rehabilitation myself. I ripped out all the drywall, all electrical, all plumbing, all HVAC.

He discovered the house came with a surprise. “When I went and ripped out the last little piece of drywall, there were 75,000 bees in the rafters, and they had 16 gallons of honey in the braces.”

After hiring a professional to deal with these unwanted visitors, he says, “It’s fun to look at certain parts of your house and realize there was a wall there or I ripped this ground. The house has more meaning for me because I put my blood, my sweat and my tears there. I didn’t just write a check and say here, you all take care of it. I spent the first six months filling eighteen thirty cubic meter dumpsters with flooring and insulation. It was certainly a labor of love.

The Baums decided they wanted to work with Tara. “When they started building the house,” she says, “I had just started my business and needed experience, so I contacted them. ‘Hey, we’d love to help you guys. I need experience. I’ll give you guys a good deal for letting me experiment and work on all my business stuff. Since then, we have become very good friends.

“I feel like even if I didn’t know Tara, I would use her because we work so well together,” says Maureen. “I’m still shocked at how patient she is. I feel like a lot of husbands don’t necessarily have opinions on design, but my husband has an eye for design and he has opinions. So it’s not just Tara and I who work together.

Being involved in creating the house from scratch helped Tara refine her design style. “When I first talk to customers, I tell them I do ‘sophisticated comfort’. I want it to be beautiful, sophisticated and polished, but also very user-friendly.

In this case, “user friendly” meant childproof. “I think when I first met her, she knew my style,” says Maureen. “I want modern and glamorous, but I also have kids, so we have to keep it so they can’t destroy everything. She was so successful in executing that.

Tara says good design “is about finding the best pieces that match the functionality of the room. It’s always the first step: meeting a client and seeing what they want to do with the space. How do you live? How do you want to use this room? How will this work for you? It’s just about having a deep understanding of the customer, I think.

Grow with the family

Tara’s business and the Baum family have grown together. “I’m at a point now where I’m insanely busy, but I hate turning people down,” she says. “It’s like, can you wait a few months so I can work with you?”

So when Maureen told her they were expanding the house because a fourth Baum was on the way, she knew she would be returning to the site of her first mission. The plan was to add an extra bedroom upstairs, fully integrate the hearth room and kitchen, and enclose part of the back patio to create a new den.

“I think mixing [styles] is the key to a more classic and durable design. It just gives depth and personality to a home, so it doesn’t feel so staged. I never want a piece to look like you bought it from a catalog. —Tara Engelberg

“I took part in the planning stages with the architect,” explains Tara. “How should it flow? How should these rooms operate? Should we have doors to the outside here? It was those kinds of decisions.

In the galley, a U-shaped island enclosed a cubicle with built-in seating. It seemed like a good idea, but it didn’t work as expected. “It was like a gym in the jungle for the kids,” says Maureen.

The cabin has been removed and replaced with more storage and a unique, wrap-around butcher counter. “I have a butcher block in my house, and Maureen really liked the way it looks,” Tara says. “And it’s very useful too.”

The expanded foyer room now sports a long wooden table that seats ten people. In contrast to the bright, open space of the dining room, the sunroom is painted glossy black. “This black was our go-to together – Maureen and I are really on the same page, design-wise,” Tara says. “It’s super fun to work with her. We tend to come up with crazy, dramatic, moody ideas.

The starting point for the conservatory was a minimalist, contemporary sofa found by Ryan, which influenced choices like the rug. “Sometimes, she says, a client sends me a picture of something. ‘I love this. Can we make it work? If a customer likes it, I want to give it to them. It’s their space, not mine.

The common denominator of all the rooms is remarkable light fixtures, like the magnificent globe on the veranda. “The light fixtures are the jewels of the room,” Tara explains. “I think they change the whole look and feel. The room is more casual or more dressy, depending on what you choose. I think it’s a place to spend money, because kids don’t go damage it. Lighting is everything, and I love multiple light sources.

In the formal dining room, a mid-century modern star hovers above a roughly hewn table. “It’s a classic,” says Tara. “I try to incorporate classic elements and I like to do trendy stuff. I try to make sure that clients don’t have to redo their homes in five years because we’ve become so trendy mode, and it’s all out now. I think mix [styles] is the key to a more classic and durable design. It just gives depth and personality to a home, so it doesn’t feel so staged. I never want a piece to look like you bought it from a catalog.

The story of the house is also the story of two transformations: a collapsing house becomes a beloved home and a woman who discovers her dream job. “Tara did an amazing job,” Ryan says. “We saved the house, and she did all the decorating with my wife, and that’s the icing on the cake.”

Maureen says of her friend, “It’s nice that she can take everyone’s opinions and make everyone happy.”