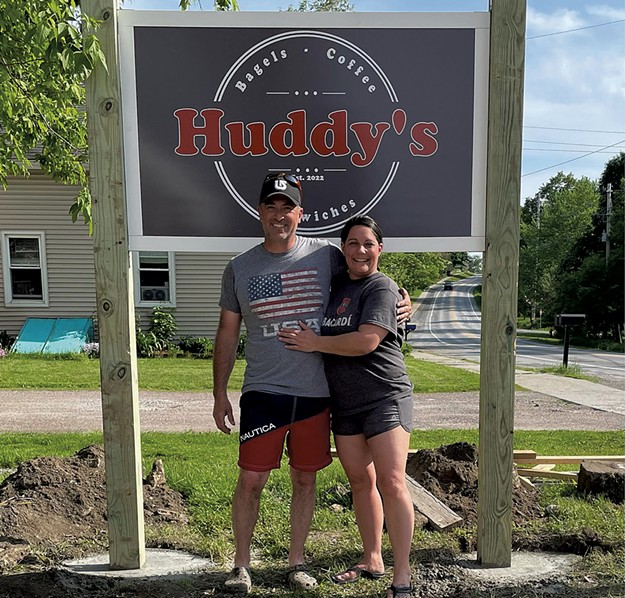 Milton has a moment. New breakfast, lunch and dinner options have come and gone in quick succession this spring and summer, bringing fresh energy to the city and plenty to eat.

Coffee and bagels Huddy’s launched the trend in late April at 40 River Street. When the co-owners Stacey Rousseau and Dan Rexford held its grand opening on June 25, the Huddy – sausage, thick bacon, fried egg, cheese, hash browns and secret sauce on a bagel – already had a devoted following.

“People on Facebook made the Huddy popular,” Rousseau said. “The community has been amazing.”

Rousseau was in a licensing exam to become a funeral director when she and Rexford signed the lease for the Huddy space in March. Now she’s at the store every morning at 5 a.m., baking bagels that have been boiled, pre-baked and frozen in New York. The menu offers 12 to 14 varieties of bagels per day, as well as sandwiches and bean drinks. Vermont artisan coffee and tea.

The Huddy Coffee Bomb — iced coffee with cream, chocolate, caramel, Vermont maple syrup and whipped cream — is caffeinating a lot of commuters, Rousseau said. Huddy’s is open Monday to Friday from 6 a.m. to 1:30 p.m. and weekends from 7 a.m. to 1:30 p.m.

Daniel and Kim prays were among Huddy’s first customers. On July 2, they opened their own restaurant, Dan’s Nordic BBQat 3 Southerberry Drive.

The Prays have been making and preparing sauces under this trade name for some years, working from their home in Milton. They had “a big breakout moment” in May at the Milton Community Fun Run in Color, Kim said. After a space in a new building failed, they landed in the old Apollo Diner.

The couple embraced the dinner-barbecue combo, hoping to bring some diner style to their full menu. For their soft opening, they’re offering barbecue classics such as brisket, pulled pork, chicken, burnt tips and ribs Friday through Monday from 2-7 p.m. – with macaroni and cheese, smoked beans and salad. BBQ potatoes on the side.

Fredette was a longtime flavor guru and global head of R&D for Ben & Jerry’s which created favorites such as Chocolate Therapy and Tonight Dough. He has always enjoyed playing with food and developing unique flavor combinations.

Now, “instead of playing with ice cream, Eric plays with salads and quiches,” Hugo said. 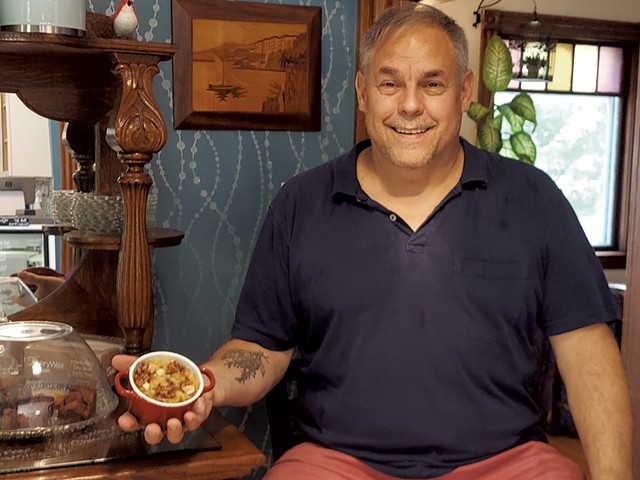 “Milton had very little diversity in food for a very long time,” Fredette said. “Winooski had his moment, and with Huddy down the street and Dan down the street, maybe we can make it the same type of place.”