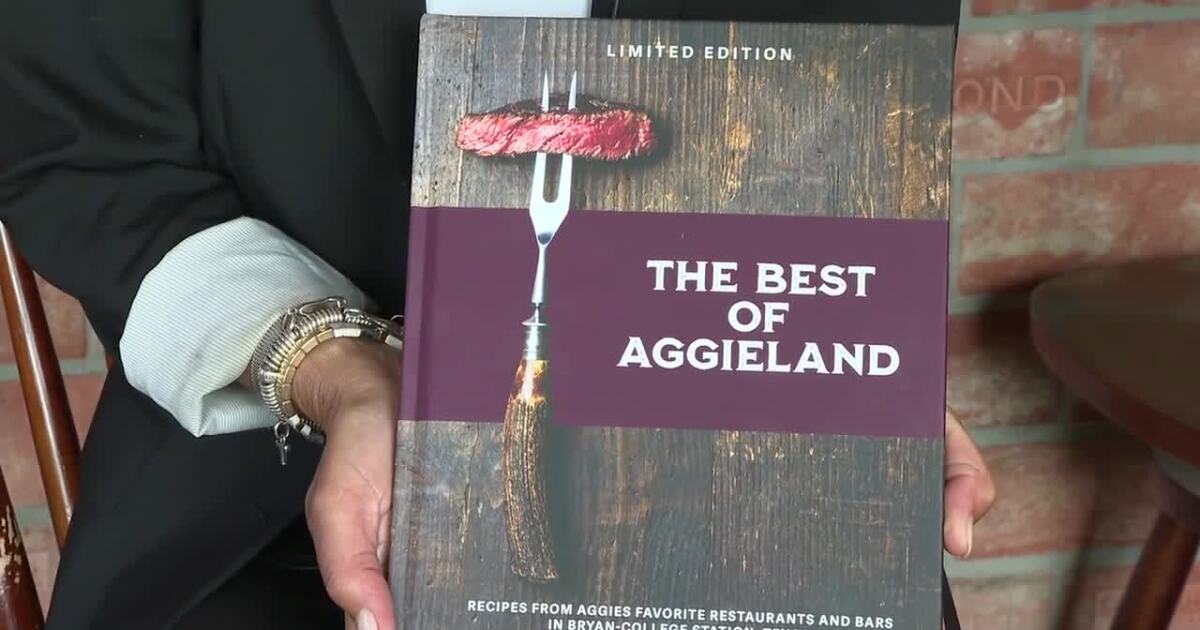 COLLEGE STATION, Texas — When it comes to taking mom for Mother’s Day, there are a variety of options to choose from in Bryan and College Station. Here in downtown Bryan, we take you to Ronin.

In the heart of downtown Bryan, Ronin brings the farm to your table, bringing a fresh variety of meats and entrees. Owner Amanda Light says the restaurant brings a unique taste to the city.

“What we think makes our restaurant special is that we have our farm located 7 miles from our restaurant where we raise pigs, chickens, vegetables.” Said the owner Ronin.

“[From the Farm being] 10 minutes from here [it is] brought to the restaurant the same day and on the plates of the guests the same evening. Light explained “There’s a difference in taste and nutrient density that you can’t fake.”

Established in 2018, Ronin made its mark in the community as it was one of 31 restaurants in Bryan and College Station to be featured in a cookbook highlighting the best places to eat in the community, titled “The Best of ‘Aggie Land’.

“This book is a tribute to that community.” Said Elkeles “We have some amazing restaurants in Aggieland and it was really important to give these restaurants and bars some local exposure.” Says the author. “People need to understand that there is an amazing food scene here.”

“My daughter is a sophomore at Texas A&M, we came here and we didn’t know anything.” Elkeles explained. “[I asked my daughter] What are the places you like to go? What can we do to help this community? Elkeles continued. “This community has embraced her as Aggie, so we wanted to do something that specifically ensures this community continues to grow.”

Owners like Amanda Light say they are honored to serve this Aggie community – especially to be Aggie herself.

“It’s a happy accomplishment, it makes the work we do on the farm and in the restaurant worthwhile. our team of people who help make Ronin what it is, spend a lot of time with their hearts and souls in the restaurant and are a wonderful way to showcase our hard work.

From the farm-to-table restaurant in downtown Bryan, we take you to 1860 Italia for Italian cuisine.

Located a drive from College Station, 1860 Italia’s chef and owner, Johnny Poché, says he brings the quality of Italian cuisine right to your table.

“Some chefs are kept with their recipes – everything has already been done.” Explains Chef Poché. “What better way to share recipes? Here, at 1860, everything is made to be shared.

Chef Poché says the idea to open the restaurant came about during a hunting trip to Canada with some of the current business partners.

“1860 started in 2015 with two of my partners Jeremy Scott and John Harvey Slocum. We had a cook in the camp and we sent her home [so] they let me cook, the rest of the time they were there.

Poché explained, “On a handshake, they said if you ever wanted to open a restaurant, you could. We get first right of refusal, I said ‘Okay’ – We’re here now, it’s been a year and a half.”

And a year established in the College Station community, Poché says he was promised business from the start.

“John and Jeremy made me a promise – if you come to College Station and Bryan that they will fill the restaurant and I had no idea they would fill it more than fill it – we are thrilled! Especially with these two guys and the relationships they have in this town.

Business partner and son of former Texas A&M football coach RC Slocum, says it’s a blessing to see this restaurant thrive with a handshake in 2015.

“It is a blessing how the community received 1860, with Tamar [Elkeles] promoting this book is a blessing to be a part of, she has done an amazing job of bringing more Aggies to this town. Slocum explained.

From drinks to signature dishes, the team at 1860 Italia hopes to serve you very soon in College Station!

1860 Italia, Ronin and 31 other restaurants are all featured in The Best of Aggieland

Pick up a copy at local restaurants, including 1860 Italia and Aggieland Outfitters, in-store and online. In the link below:

$1.5million in Northridge will buy a cozy home and a bizarre statue