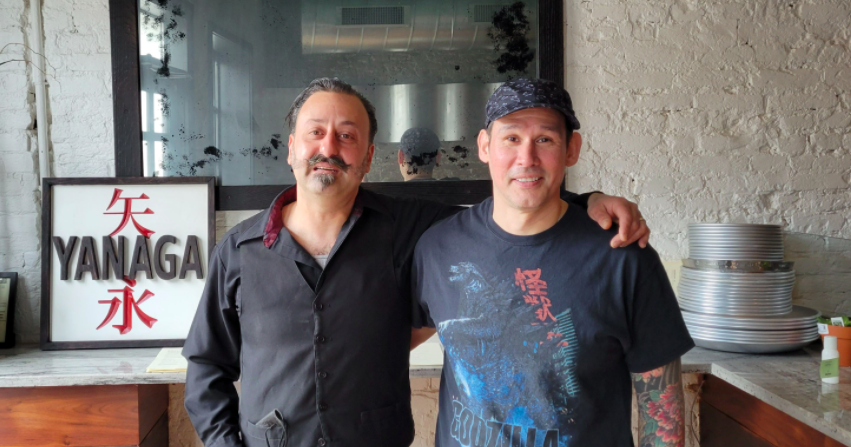 On Tuesday, March 22 from 4-10 p.m., Kevin Yanaga, chef and owner of Izakaya by Yanaga in Fishtown, will prepare a multi-course meal, with 20% of proceeds going to the Asian Arts Initiative.

Otherwise known as the “Sushi Whisperer”, Yanaga is set to open its second restaurant, Omakase by Yanaga, later this year.

“It’s an exciting chance each month to mix things up in the kitchen and collaborate with chefs I’ve worked with and admired over the years, as well as an opportunity to help support chefs promising people and those with new projects in the works,” said Bobby Saritsoglou, owner of Stina. “The first time I met Kevin was downtown, in the alley where all the chefs seem gather before the service. We immediately found similarities in our lives and careers.”

The collaboration menu will be $85, plus an optional sake flight for $15, courtesy of Sango Kura, Pennsylvania’s only sake brewery. 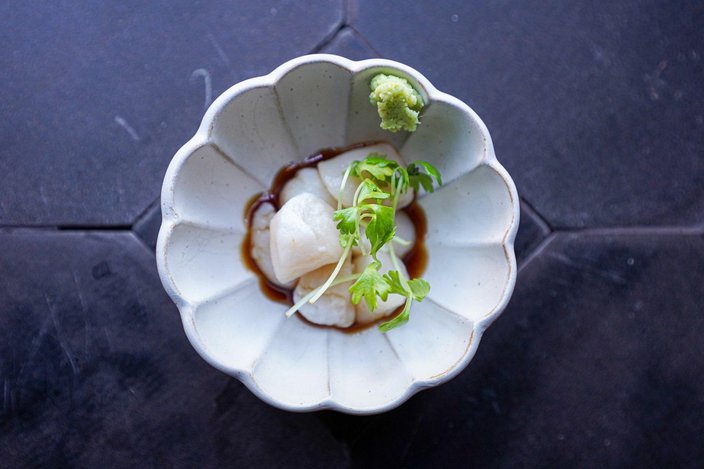 The multi-course menu is available for $85, plus an optional $15 sake flight from Sango Kura, Pennsylvania’s only sake brewery.

The dishes to feature on the multi-course menu are below.

“When he (Saritsoglou) invited me to participate in this event, it was obvious that I wanted to participate,” Yanaga said. “I have a lot of respect for Bobby and his talent, but I also admire everything they do at Stina to give back. Also, I’ve always wanted to bring my cooking to South Philly because we have so many fans and friends there. It’s a win-win and I can’t wait to meet everyone in Bobby’s neighborhood.”

March’s beneficiary of the Guest Chef Series is the Asian Arts Initiative, a Philadelphia-based nonprofit arts center in North Chinatown that hosts artist residencies, exhibitions and workshops, and operates as a community center. 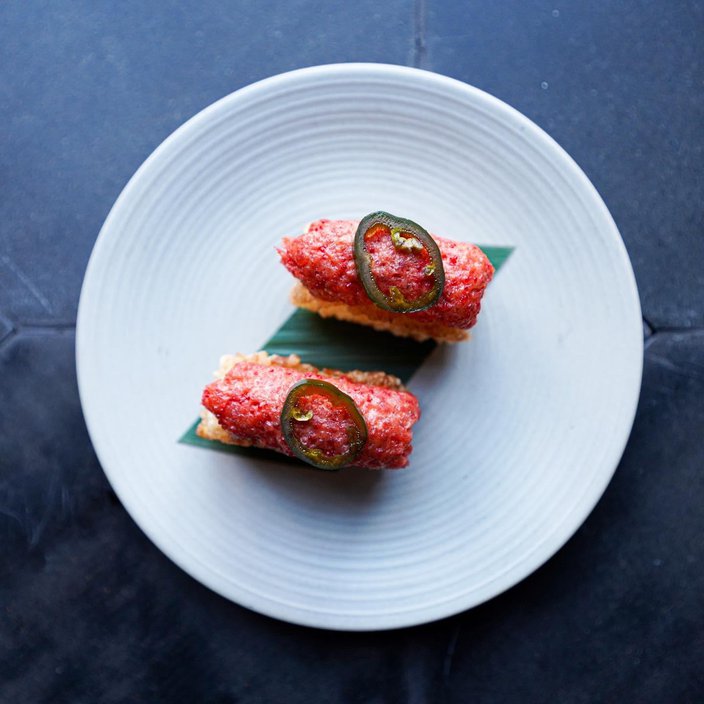 The charitable aspect of the dinner series focuses on a key part of Stina’s mission – supporting organizations that have a significant impact on people’s lives.

Since the series began, Stina has been able to donate more than $10,000 to 14 local organizations, including Women in Transition, Stephen Girard Elementary, Philadelphia Bail Fund and Attic Youth Center.

Reservations for the collaboration dinner are available on Resy.

An evening with chef Kevin Yanaga