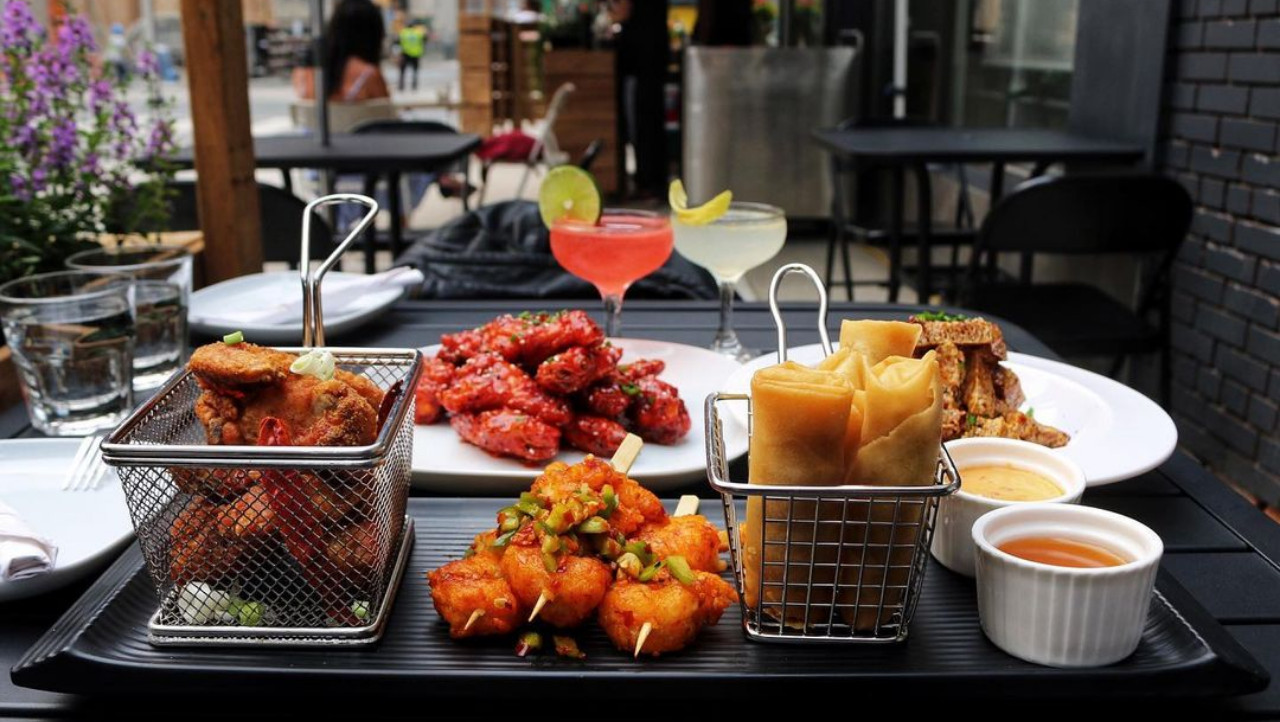 One of Toronto’s most popular places for late-night Chinese cuisine now brings its two decades of expertise in the late-night dining scene to Rebel, Canada’s largest entertainment complex.

Hong Shing has created an ever-changing Asian snack menu designed for the shared audience they have with Rebel. The new menu was recently launched on November 20 and features some of their best sellers and customer favorites like Spicy Shrimp Skewers and Golden Dumplings.

Hong Shing Chinese Restaurant, located in a prime location on Dundas St. West and University Avenue, has been open since 1997. Five years ago, owner Colin Li took over the family business and decided it was time to switch. It’s been a staple of the local food scene ever since, and it’s one of the only Chinese restaurants in Toronto that stays open until 2 a.m. In July, Hong Shing overhauled its entire menu and added a huge outdoor patio and cocktail bar.

Just like you can order bottle service from Rebel, Hong Shing also created a perfect feast platter ($ 100) to share with friends. It includes all of the above, and more!

Rebel is located at 11 Polson St.

Tacos and other food options on Key Biscayne this Tuesday, November 23 | Local