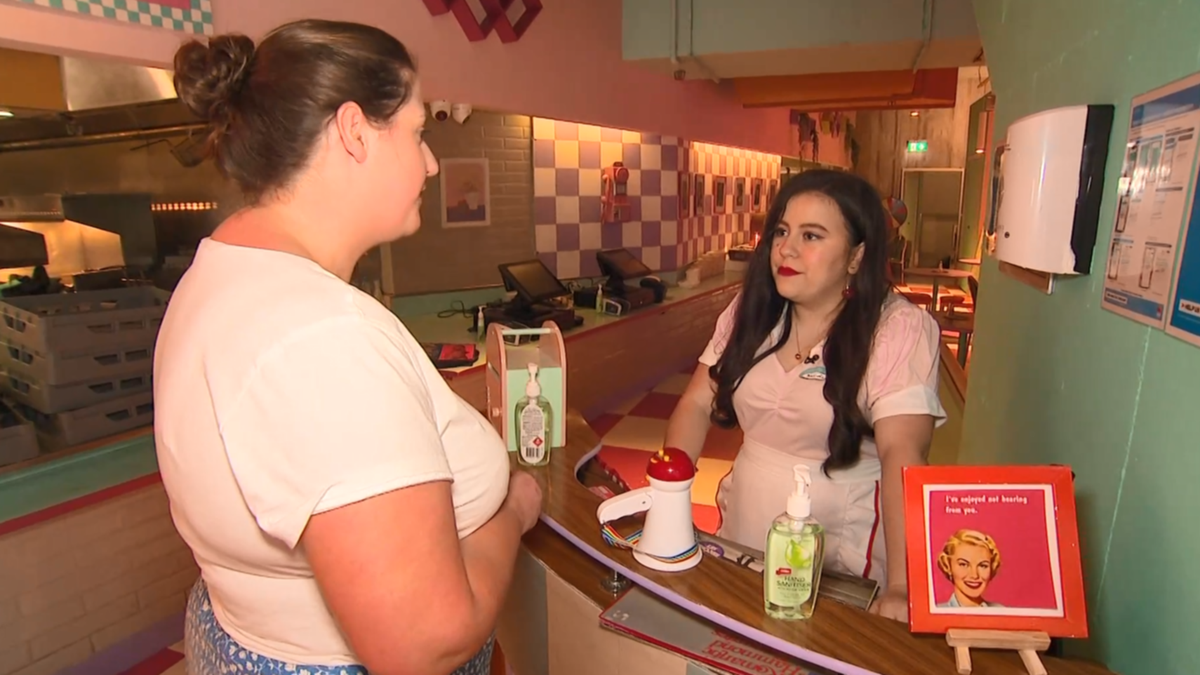 A unique new restaurant named Karen’s restaurant has opened in Sydney, and unlike most places, its owners encourage customers to complain.

The World Square venue on George Street serves “great burgers and rude service” by staff who are paid to act unprofessionally.

Watch the video above to take a peek inside

“At Karen’s, you will be greeted and served by rude waiters who, in turn, expect you to give her full Karen,” the restaurant’s website read.

“Karen” has become a viral term referring to a privileged middle-class woman who likes to complain.

The diner plays on this stereotype, prompting customers to “ask to speak to the manager” and complain about the most minor inconveniences.

Aaron Rovuck from the restaurant said Sunrise he wants clients to “let go of some pent-up rage” and “become the Karen you were meant to be.”

“The staff here are happy to take it. We love it, give it to us, ”he said.

Despite the poor service, Karen’s offers an extensive menu of American fare such as burgers, milkshakes, fries, and more.

They also offer free drinks to people who can prove their name is Karen.

Realtimecampaign.com Promotes Use Of Modern Dining Room Furniture To Make A Decorating Statement