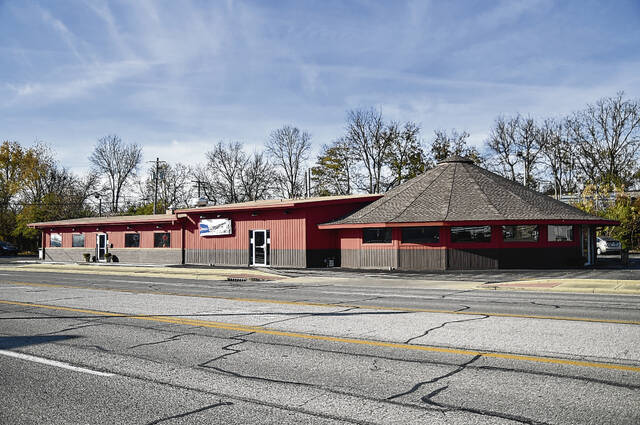 In November 1971, Richard Nixon was president and “Led Zeppelin IV” was released.

The same month, in Seymour, a pizzeria opened its doors and will become a culinary staple in the city.

John Moore is the founder of Pizza Palace. While John “Papa John” Schnatter is known as a pizza entrepreneur originally from Ball State, Moore is another pizza visionary who graduated from school.

As a Ball State student, Moore was familiar with Pizza King restaurants and decided he wanted to run his own business. His mother and father partnered with him to launch Pizza Palace in Seymour.

The restaurant is a family business that has always had a member of the Moore family working in the kitchen for four generations.

The acting general manager of Pizza Palace is Amy Napariu, Moore’s daughter. She was 7 when Pizza Palace opened.

His brother, Danny, is the general manager of the restaurant. Napariu stepped in to help run Pizza Palace in December 2020 after Danny suffered health issues.

For Napariu, pizza never gets old.

Residing in New Palestine, Napariu said that if she knew anyone walking through Jackson County, she would always ask them to drop by Pizza Palace to bring back a pie.

Now that she has returned to work at the pizzeria, she said there was pizza for dinner every time she stopped by.

“The main thing I want to convey to these employees so far is customer service,” she said. “You’re going to ask them if they’re okay. You go out and ask them if they need a refill. Even though we have self-service, go up and do it for them. They came here to be spoiled.

Family traditions passed down from generation to generation are another reason Napariu said Pizza Palace has lasted.

“Grandfathers bring their grandchildren,” she said. “Kids who used to play baseball now bring their 8 and 9 year olds after the ball games. It’s so cool to watch.

For years, Seymour’s Sunbury family ate Pizza Palace pizza on Christmas when everyone was together. For this reason, Napariu said the restaurant does not close on Christmas Eve until they place their order.

Another factor that has contributed to Pizza Palace’s long life, Napariu said, is the time the restaurant has been able to be part of the community by giving back, whether it’s donating pizza to schools or donating food to people. people who need it.

Pizza Palace has undergone many changes since it first opened in 1971. It first opened in a 30 by 50 foot building and had a living room, family room, carry window, kitchen, restroom and space. disturbance.

In December 1976, the building was broken into and then badly damaged in a fire. Pizza Palace reopened in a renovated building in May 1977.

An eagle’s nest style round house was built on the Pizza Palace property in 1989 and has become Bumper’s. It was a lounge with live music, a pit bar in the center of the building, pizzas with other varieties of food and beer. He was called Bumper’s because that was Moore’s nickname.

In a 1989 Tribune ad, it was said that Bumper’s had a CD jukebox that was “the only one of its kind in Seymour.”

After the kids’ side of Pizza Palace was scrapped and left dormant around 2014, Pizza Palace completely transformed this area into a large dining room with a dozen TVs, a bar, and enough space to accommodate up to 170 people.

Even through the COVID-19 pandemic, the pizza place endured. Napariu said that with delivery and sidewalk services available, the restaurant performed very well last year despite times when staff were short-staffed due to illness.

“I’m glad we are stable and have been in business for a long time,” she said. “Without us, we would have suffered like many other companies. “

Since Napariu returned to the family business, Pizza Palace has been repainted, equipment replaced and updated and a brand new sign, featuring an LED screen with the original 1971 sign design of Moore, was installed two months ago.

While some of the Moore family had ideas on which logo to use for the new panel, Napariu decided to keep it classic.

“You know, dad had a vision and he designed this sign, and I said, ‘It worked about 30 years before we had another. “I come back to that sign,” she said.

Tuesday marks the 50th anniversary of the opening of Pizza Palace. To celebrate, the restaurant organizes a few events during the week.

Monday will be Retired Employees Day at 5 p.m. Six former employees will occupy the kitchen for an hour to relive the good old days. Those who will be working will be Joe Robertson and Steve Koerner preparing the pizzas, Ed Koerner at the cutting station, Darrin Bohall on the ovens and Dustin Bohall with former Seymour mayor Craig Luedeman on delivery.

After this shift there will be an employee meeting in the dining room.

The Radio 96.3 WJAA Cool Bus will be at the pizzeria on Tuesday. Food on! Brewing Co. will also host a takeover on the same day, and a wheel will be available for people to spin to win prizes.

Wednesday night is the night of the grand prix. A big screen TV, bicycles, neon signs, gift certificates and one pizza per week for one year are among the prizes offered. The gifts start at 7 p.m.

The ideas for the restaurant’s 50th anniversary celebration were first planned five years ago, Napariu said. Moore’s goal when starting Pizza Palace was to be in business for 50 years.

The future of Pizza Palace is in the family. Napariu said she hopes family members continue to work at Pizza Palace so that customers still have familiarity with the restaurant.

Pizza Palace’s impact on the city began to settle recently with Napariu when she learned that the pizzeria was owned by the new board game Seymour-opoly.

“It really makes you feel good to know that you have contributed to the city,” she said. “It’s a sign. We’re on the game. It’s something they can’t take away from us.