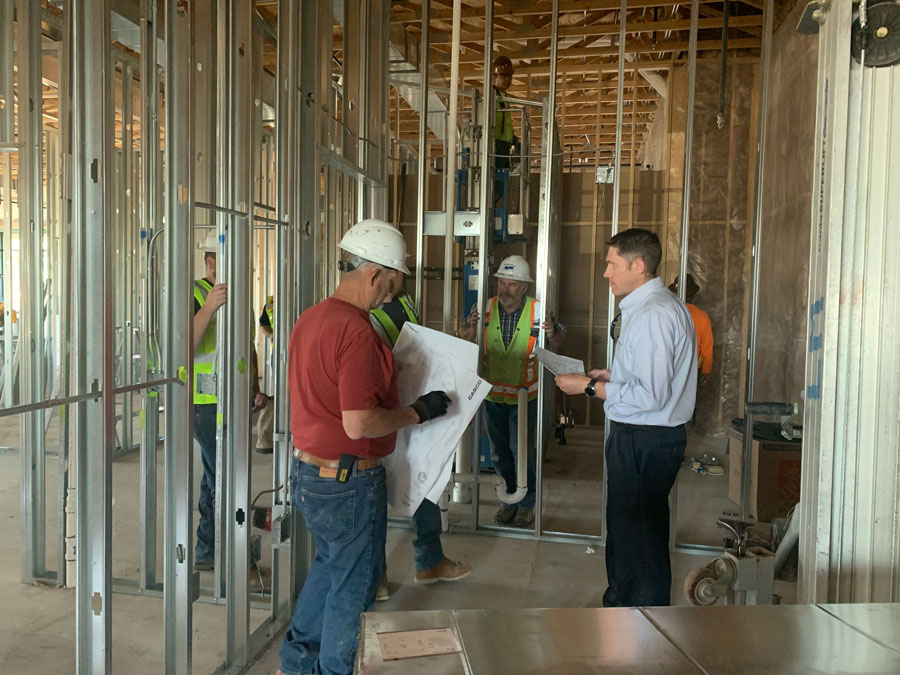 Dr Aaron Gardner, right, discusses plans with contractors for the opening of the new Just 4 Kids emergency care at 190 Bullock Street in Pocatello in September. | Courtesy of Emily Chantry

POCATELLO – A local pediatric clinic will open its first location in Pocatello this fall.

Dr Aaron Gardner with Just 4 Kids Urgent Care told EastIdahoNews.com that the Pocatello clinic will open at the end of September in the building formerly occupied by Black Bear Diner at 190 Bullock Street.

“We really enjoy what we’re doing. We have a good time working together. We love the team we’ve put together and we think it’s a good thing… and we want to do more, ”says Gardner.

Business growth in the Pocatello / Chubbuck area, including construction of the Northgate interchange, is what prompted the opening of a clinic in Gate City, Gardner says. The new clinic will be located in the immediate vicinity of the interchange.

While there are already a variety of medical providers in Pocatello, Gardner believes Just 4 Kids will fill a particular niche in the market.

Gardner says he also likes the accessibility and convenience of this particular location.

“It’s right next to Walmart, it’s visible from the highway. So if you’re from Inkom, McCammon, or somewhere a little further out, it’s (easy to find) in a well-traveled retail area, ”he says.

At 5,000 square feet, the new clinic offers more space than the Idaho Falls location and will have the exact same structure and business model.

Just 4 Kids opened at 3320 South 25th East in Idaho Falls in March 2018. The entire business model was designed with kids in mind.

Some of the methods used to care for children include using compressed gas to inject numbing medicine through the skin instead of giving an injection with a needle. Staff members can also give a child a pacifier with numbing medication if there is an oral condition.

The waiting room has a football game digitally projected onto the floor. The game responds to the movement of the child’s feet.

There is also a remote controlled Jeep in which the children can drive from the front of the clinic to the patient rooms. An electronic system allows parents to jump online and register their place in the queue. As you walk through the door, your name appears on the board that shows where you are in the queue. If it’s crowded, you know it before you get there.

Less than a year after launching in Idaho Falls, the clinic partnered with Primary Children’s Hospital to add more specialized patient care. It further expanded its services earlier this year with the state’s first pediatric clinic offering home and palliative care. It’s now at 2431 Jafer Court, but Gardner and his team plan to move into a larger space soon.

“We anticipate more growth in the region. We will follow emergency care (in Pocatello) with home health and hospice as well. This will happen several months later… once emergency care is operational. It gives us a little more time to get our feet wet, ”Gardner explains. “Probably by the end of the year.

Coming out of the COVID-19 pandemic, Gardner says demand for health care is increasing and following an unusual trend this year. Typical cases that historically peaked in January or February have only just popped up in eastern Idaho.

“January (had) unusually low patient volumes and it’s been increasing month over month, steadily, until now,” he says. “I can’t give a solid explanation for this. The RSV, which we didn’t see in January, popped up in the southern United States a few months ago in Florida. It has now crossed south to the Midwest, so I expect we will start to see an increase in RSV (locally) in a month or two.

Gardner says he’s thrilled with the opening of this new clinic and working with new patients in eastern Idaho. Beyond that, he says he can’t wait to be a part of the community.

“We really love being part of the community and being involved in schools and humanitarian projects and things like that to really dig in and be part of social events,” he says.