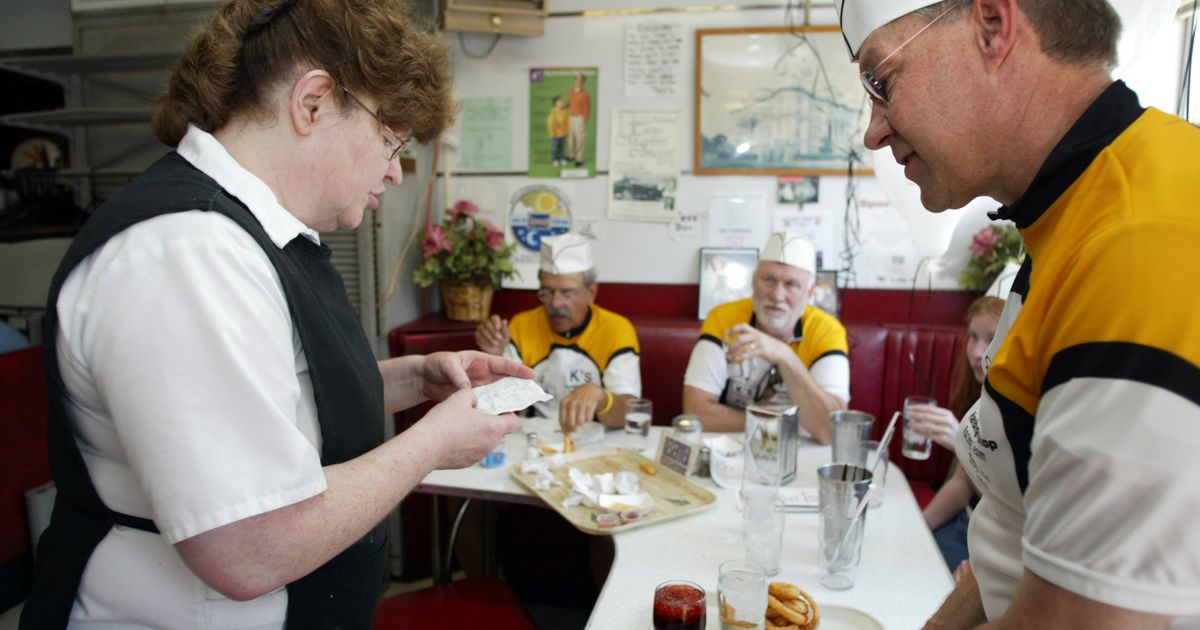 Since 1934, the Maid-Rite Sandwich Shoppe has been serving their iconic Loose Meat Sandwich (it’s been described as a Sloppy Joe minus the gravy). While it has become famous for its sandwiches, ice creams and shakes, the Greenville institution has also gained national attention for a tradition initiated by its patrons. For decades, visitors to the Maid-Rite Sandwich Shoppe have had a tradition of sticking their chewing gum on the exterior walls of the restaurant.

K’s hamburger Shop, Troy. – 1930s photo of K’s with the brothers in front of the store.

A trip to the K’s Hamburger Shop is like stepping into a time machine. The restaurant, open since 1935 in downtown Troy, still retains the ambiance and decor of decades past. Guests can enjoy delicious on-site ground beef burgers, milkshakes, malts, homemade soups, macaroni salads and more nostalgic dishes.

To exploreDayton has 2 new Chipotle restaurants

Kewpee Hamburgers, located in Lima, has been serving cult burgers since 1928.

Hours: Hours vary depending on location. Check the restaurant’s website for the opening hours for each location.

In 1928, Hoyt. F “Stub” Wilson and his wife, June, opened the first Kewpee Hamburgers restaurant in downtown Lima. Over the past century, Kewpee Hamburgers has grown to include two more locations in the Lima area. The Lima chain has become famous for its burgers simply adorned with a pickle. (“Hamburg, pickle on top, rocks your heart”). The restaurant chain also serves fish sandwiches, simple breakfast foods like donuts and omelets, freshly baked pies, frosted malts, and frozen yogurt.

🍴Sam and Ethel in Tipp City 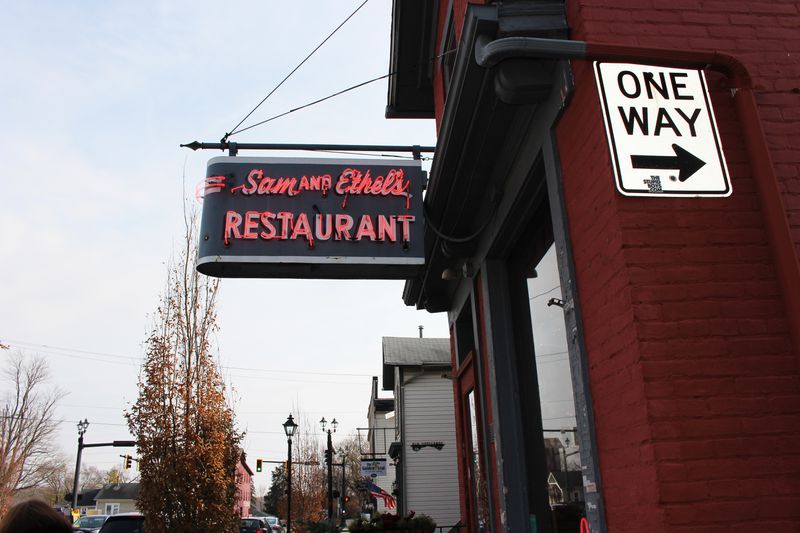 Sam and Ethel’s in Tipp City has served famous breakfast dishes for decades.

Sam and Ethel’s was first opened by Bill and Flora Senseman in 1944. Then, more than a decade later, in 1957, Sam and Ethel Moore took over ownership of the restaurant and transformed it into the establishment. that locals know and love today. The original building, located at 120 E. Main St. in Tipp City, was built in 1868 and used as a shoe repair and ice cream parlor until it was converted into a restaurant. 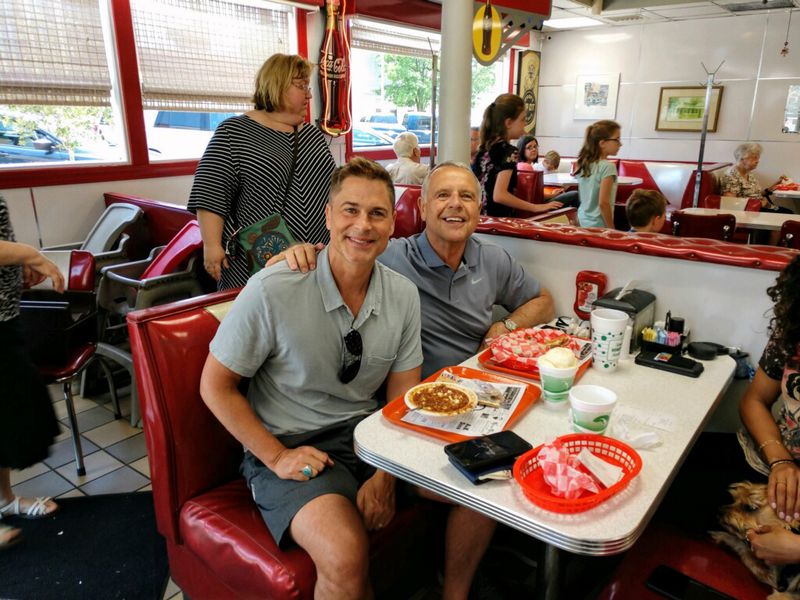 Rob Lowe and his dad eat a burger and pie lunch at The Spot in Sidney during a visit in 2019.

The Spot Restaurant was first established by Spot Miller in 1907. At the time, Miller was selling food from a cart he had set up at the corner of Court Street and Ohio Avenue in downtown Sidney. In 1934, a permanent building was erected at the same location. The building was renovated in 1941 after a fire destroyed the first permanent structure in 1940.

Fun fact: Rob Lowe’s grandfather from Dayton once owned the Spot restaurant and Lowe was spotted taking a walk or two in the past. 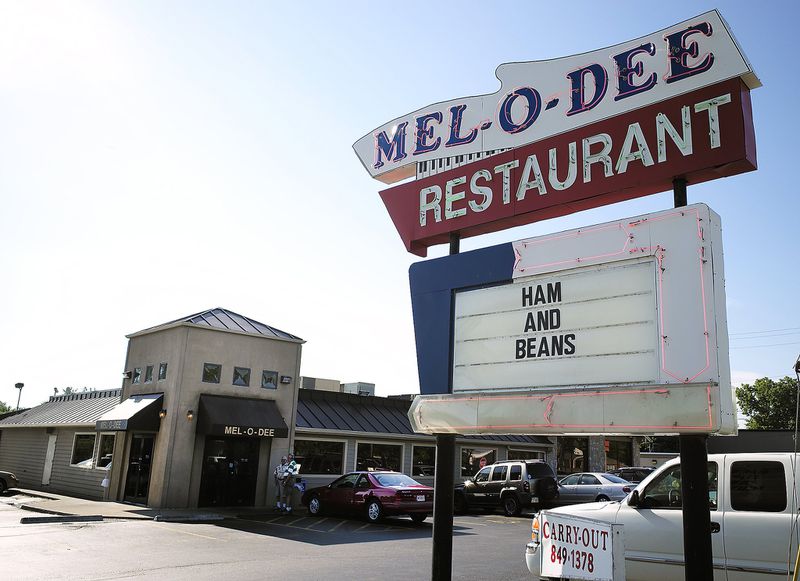 Their food is sure to put a mel-o-dee in your heart. Since opening in 1965, the Mel-O-Dee Restaurant in New Carlisle has served home-cooked dishes like Broaster Chicken, Fried Steak, Spaghetti, Liver and Onions. For decades, the restaurant has served as a gathering place for New Carlisle residents and loyal clientele. 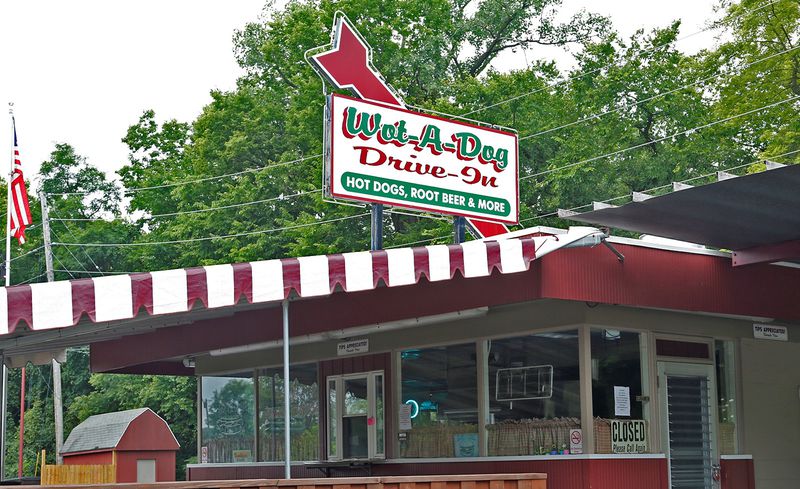 For decades, Wot-A-Dog Drive-In has been a summer staple in New Carlisle, serving famous coneys, burgers, fries, root beer in frosted mugs, root beer floats and milkshakes. These nostalgic items can be tasted at the restaurant or you can have them delivered to your vehicle by one of the restaurant’s carhops. 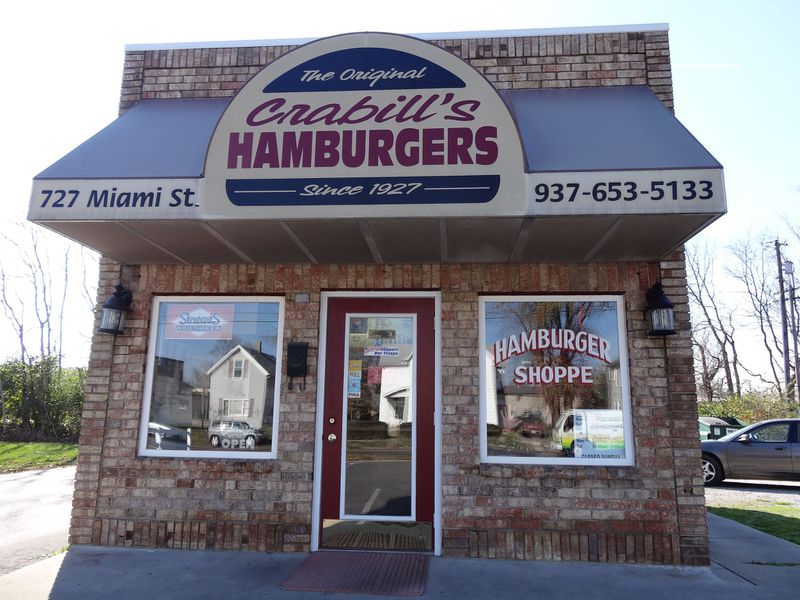 Crabill’s Hamburger Shoppe in Urbana has been serving cult dishes since 1927.

Forest Crabill began selling burgers from a small garage in 1927. In the years that followed, the family carried on Crabill’s legacy and eventually moved into the restaurant’s current building in 1989. Over the past century, Crabill’s has been one of Urbana’s most popular institutions, maintaining a long list of loyal customers who love to feast on the restaurant’s iconic burgers (which come with interesting condiment options, like brown mustard and sweet relish) , homemade soups and pies.

Currently, the restaurant only serves customers through their drive-through counter. 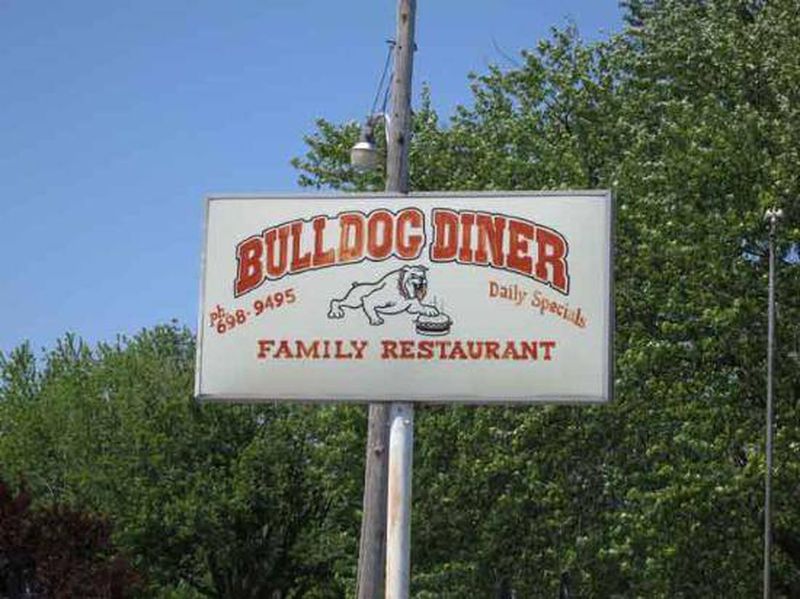 Residents of West Milton and foreigners alike will find a bit of comfort at this long-standing establishment which serves a warm ambience, a wide selection of hearty breakfast items, homemade pies and delicious breakfast specials. and lunch.

Located at the site of a pond and flour mill in Port Jefferson, Shelby County, is Hussey’s Restaurant, which serves delicious dishes like prime rib and an assortment of fruit platters from sea ​​since 1933. 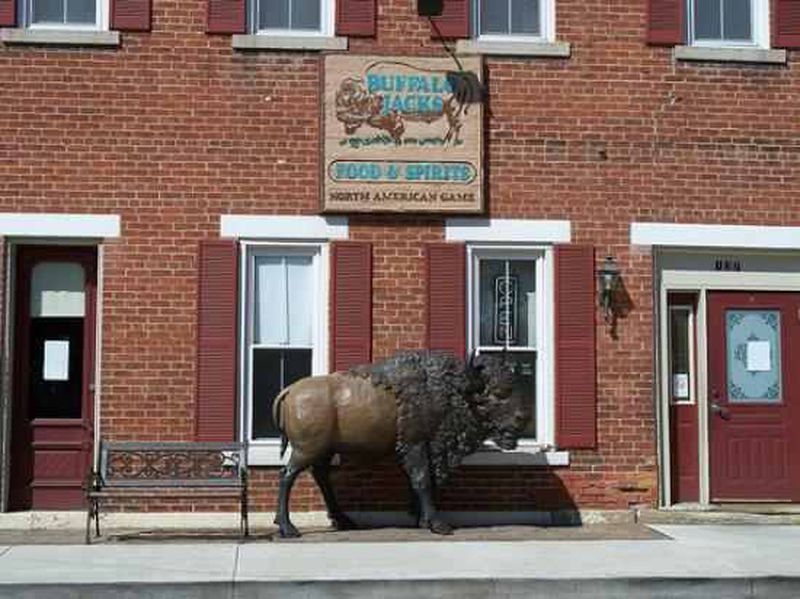 Those looking for a truly unique dining experience will surely find it at Buffalo Jack’s in Covington. Along with its fairly non-traditional menu, which includes alligator, buffalo, elk, wild boar and venison-centric game dishes, guests will be treated to a very unique ambiance at the Miami County Restaurant. which is organized with taxidermized animals on the walls and a rustic charm straight out of the 70s. 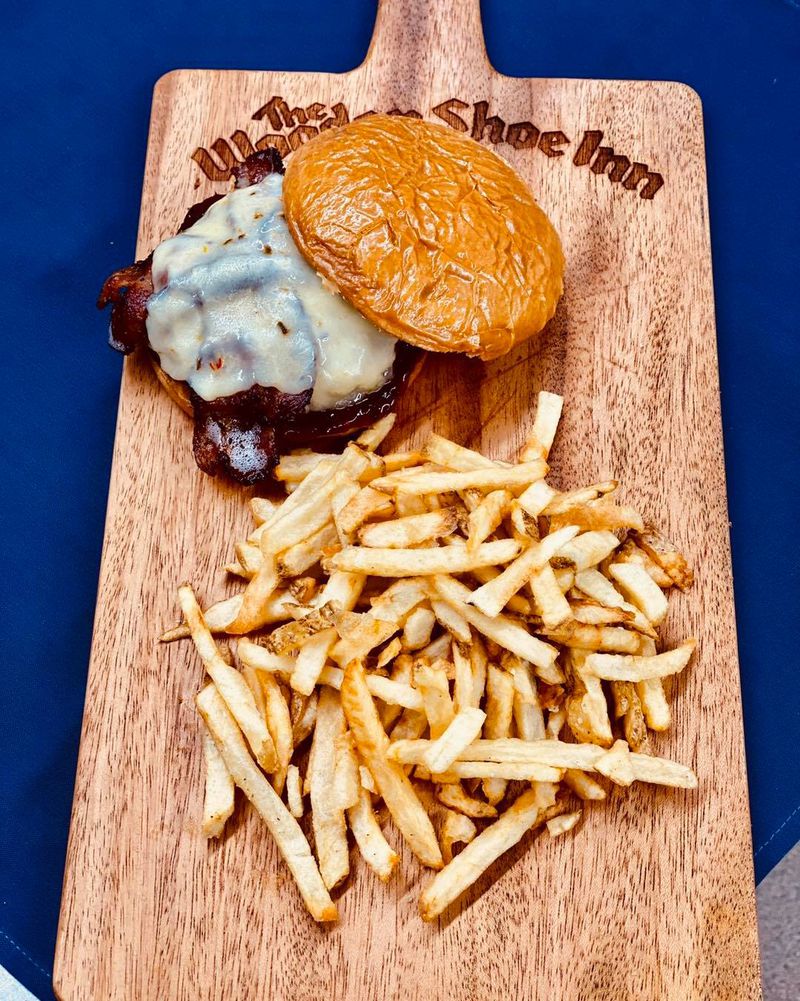 A menu item from The Wooden Shoe Inn, located in Minster.

The Wooden Shoe Inn has been a Minster landmark since 1933. The long-standing establishment was renovated last year and now features a larger menu and updated dining area. Despite these changes, The Wooden Shoe Inn still retains a bit of nostalgia through its historic back bar which is filled with memories of the restaurant’s past.

Guests can expect to indulge in a range of German and American family-friendly dishes, from steaks and a special pizza to tenderloin, pork cutlets and German chocolate cake. 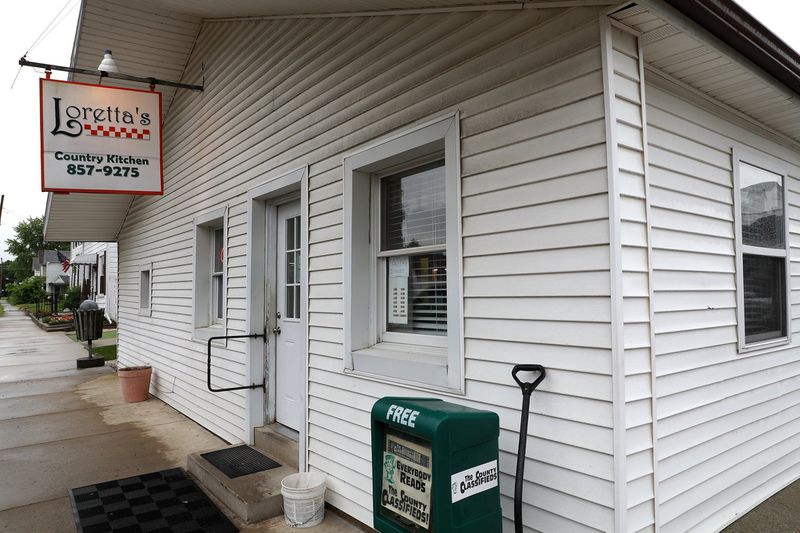 In the mid-1980s, the Lyons Family Restaurant opened in Christiansburg. Meanwhile, Loretta Rhodes worked as a waitress at the establishment and spent nearly a decade attempting to open her own version of the Lyons Family Restaurant after the establishment closed. Finally, in 1998, Rhodes opened Loretta’s Country Kitchen. The restaurant specializes in serving home-made dishes and desserts for guests who want to ‘cook at home at the right price! “