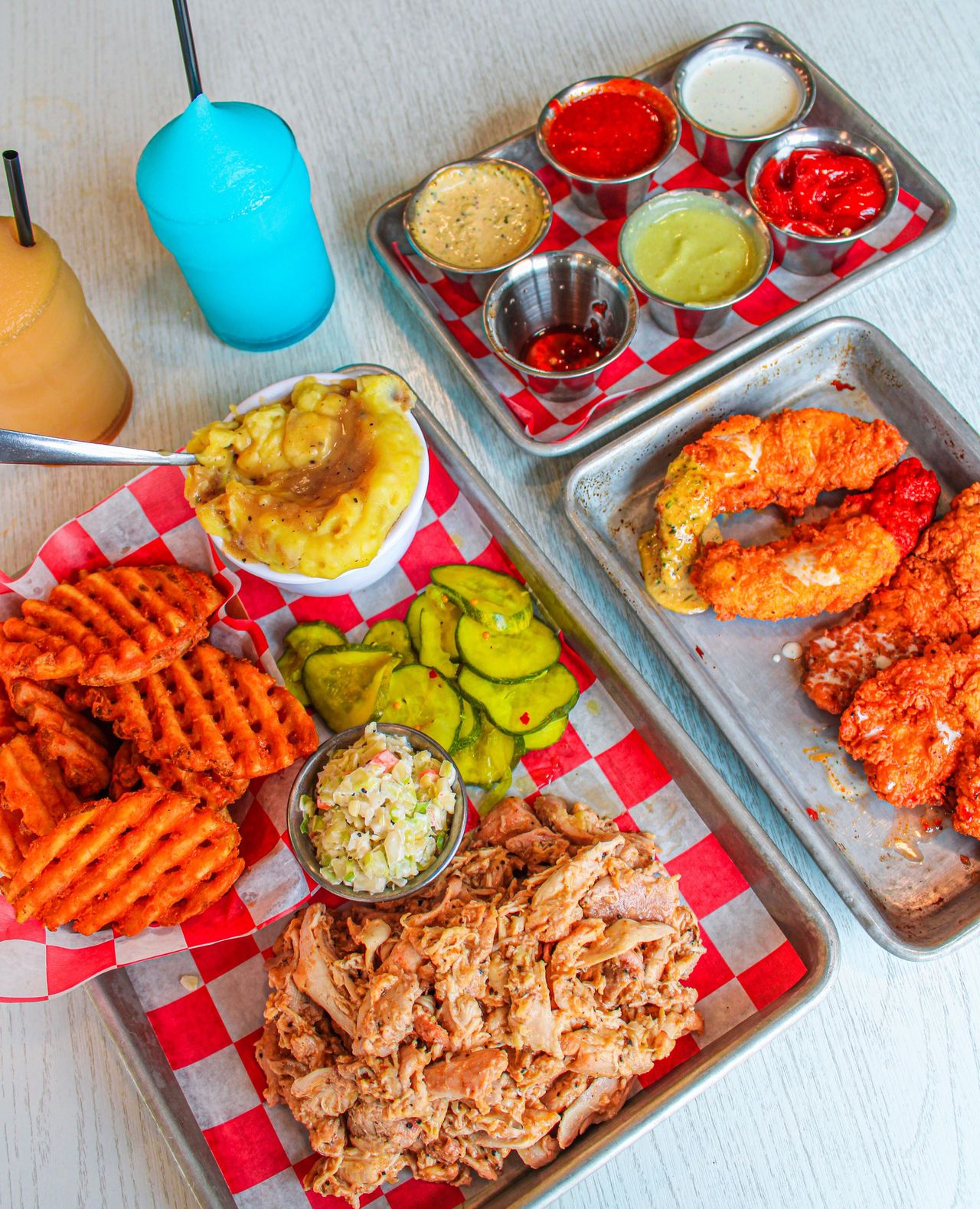 Located in a renovated gas station at the corner of Wealthy Street and Fuller Avenue, Hancock is locally known for its delicious chicken recipes, classic Southern side dishes and refreshing melty liquors.

“Traditionally, you know, when people say things are hot in western Michigan, they’re not really that hot,” Lee told MLive/The Grand Rapids Press. “But we want it to be very true to real Nashville Hot Chicken.”

Paul Lee and his wife, Jessica Lee, opened the restaurant in early 2019. It’s located in the old gas station at 1157 Wealthy St., where the Wealthy Street Station Deli & Grill resided for decades before it closed. in 2015.

Hancock’s most popular menu item is its Chicken Sandwich, a classic chicken sandwich recipe with fried chicken fillets, mayonnaise, iceberg lettuce, American cheese, bread and buttered pickles on a golden bun. Lee said the chicken soaked in brine and buttermilk for a few days before being floured and fried.

The restaurant gets all of its non-GMO, hormone-free chicken from Miller Poultry, an Amish farm based in Orland, Indiana, so it’s all local to the Midwest, he said.

“It’s kind of like a kind of melting flavor,” he said of the off-menu heat level. “I can have it once in a while, but it’s one of those, ‘don’t put it on your hands, because if you put it near your eyes, it’ll burn your eyes’ , a bit hot.”

Hancock is also known for its slushy drinks, perfect for cooling down in the hot summer months. Its most popular slush is the John Daly, which features Tito’s craft vodka, lemonade, iced tea, and orange bitters. The Hancock’s menu also features rotating cocktails and a special selection of whiskey cocktails.

Hancock offers indoor and outdoor dining options, with a modern dine-in style inside the restaurant and an outdoor patio with picnic tables and games like ping pong and Connect Full-size oven. The restaurant is open for on-site dining and also has a take-out showcase.

Paul and Jessica Lee also own The Winchester and Donkey Taqueria in Eastown, and plan to reopen Royals soon by the end of the summer.

The restaurant is open seven days a week and opens at 11 a.m. daily. It closes at 9:00 p.m. from Sunday to Thursday and at 10:00 p.m. on Fridays and Saturdays. Hancock’s menu is listed at www.hancockgr.com/.