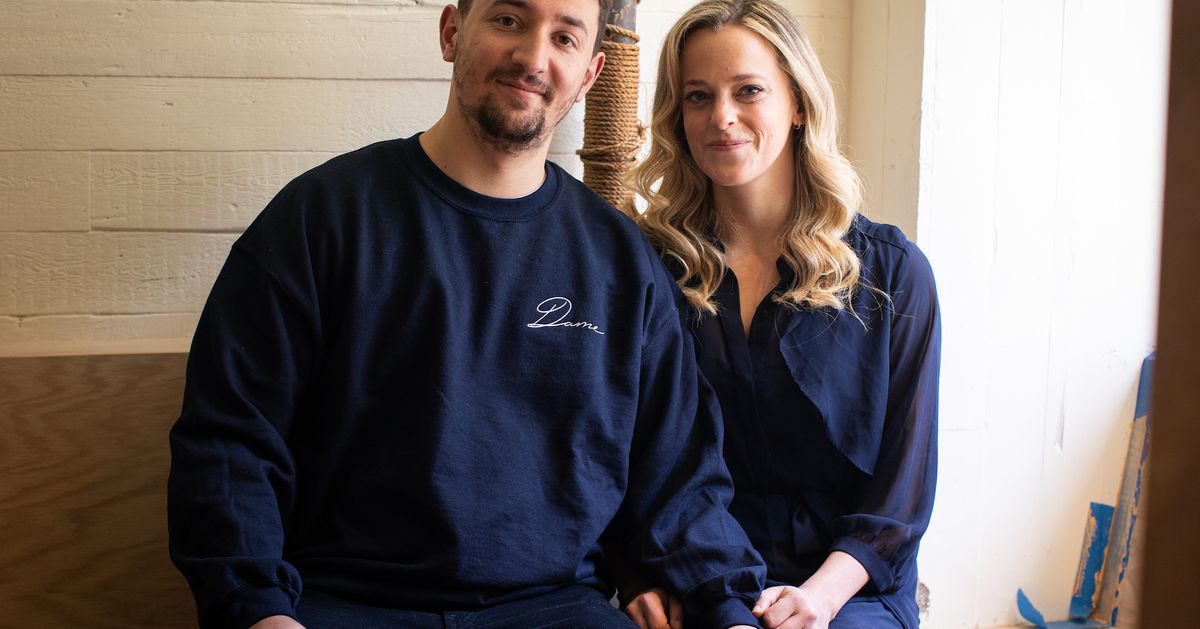 Less than a year after opening Dame – the famous English-leaning seafood restaurant in Greenwich Village – Patricia Howard and Ed Szymanski are already expanding with a follow-on business: of the Lord is slated to open this fall just three blocks from the hit original. (Howard and Szymanski asked Eater to withhold the exact address until the opening, due to the harassment Dame faced.)

The couple’s efforts to double down on Dame’s success should come as no surprise to those following their meteoric rise. In February 2020, Dame launched as a Greenwich Village pop-up on the same block and instantly drew crowds. By May 2021, the Winners Eater New Guard had over 500 customers already booked for reservations at their highly anticipated full-service outlet – weeks before it even opened at 87 MacDougal Street.

And while much of Dame’s success – which Eater critic Ryan Sutton called “an exciting new era of British seafood” – can be attributed to its best-selling fish and chips, the classic English dish is not won’t find at Lord’s.

He adds: “English food has a very bad reputation in the United States”, and he is delighted to broaden the potential sentiment of the kitchen’s customers with homemade charcuterie, offal, beef Wellington, pâté à la meat, and more. In addition to meat offerings, Lord’s will highlight fresh produce in the summer and pickled produce in the winter; Seafood will always play a role at Lord’s, as with grilled whole fish and a few shellfish offerings. Overall, Szymanski says he sees Lord’s as a more “full” menu that also offers dishes for those who don’t eat seafood.

Lord’s will have around 50 seats, more than double the roughly 22 seats at the much smaller Dame, Howard and Szymanski told Eater. Additionally, Lord’s will have a private dining room, which Dame’s customers have often requested. As Howard describes it, Lord’s space will be a more “elegant and grown-up” sibling than Lady as it swaps royal blue for a stately dark green.

Over the past year, Dame has made a name for herself, not only for her cooking, but also as a leader in restaurant management. Much like Dame’s, Lord’s will also start by only opening on weekdays (closing on Saturdays is a rare – and drastic – move in the industry, but one that aims to prioritize work-life balance of their employees). However, they play with the idea of ​​opening on Saturday noon.

On instagram, the couple documented the difficulties of finding the right space: They took questions followers throughout the process, shared information about liquor license attorneys, and posted photos of spaces during their visits.

Originally, the duo planned to open Damselle, a wine bar adjacent to Dame. “The initial impetus was that Dame was so full and had a waiting room so people could have a glass of wine and a snack,” Szymanski says. After Dame garnered rave reviews, they wanted a more ambitious restaurant project for their next step. But their wine bar, Damselle, still tops the list, and the couple continue to seek out those spaces.

Texas has given debt collectors an edge in court. Here’s how they can protect consumers instead.