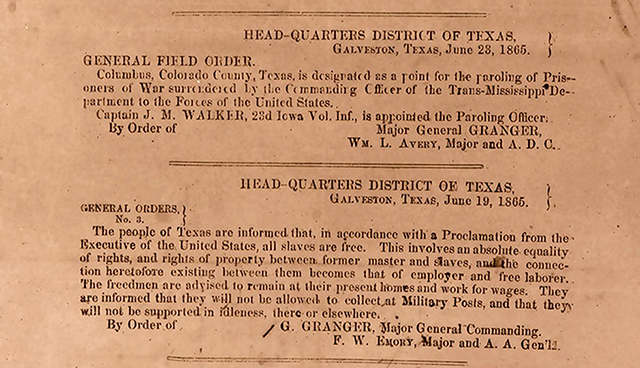 One day in late June 1865, Union soldiers arrived in Galveston, Texas. They carried historic news: Legal slavery had ended about two and a half years ago with President Abraham Lincoln’s Emancipation Proclamation. This is how some of the last remaining slaves in America were freed.

The day became known as “Juneteenth”, a holiday still celebrated today in black communities across the United States.

Yet more than 150 years after slavery, black wealth still lags centuries behind white wealth. A report by the Institute for Policy Studies (IPS) found that it would take 228 years for black families to accumulate the amount of wealth that white families already possess today.

The article continues after the ad

In reality, the racial wealth divide is wider today than decades ago, and continues to expand. This divide will not close without bold structural reform to match the structural injustices that created it – from slavery itself to Jim Crow, to caution and mass incarceration.

A more recent IPS report offered a number of promising solutions, including these ideas, to close the gap.

The article continues after the ad

All of these ideas are bold. But none are as bold as the news that greeted Galveston in 1865: slavery was over. This Juneteenth, let’s continue to think radically about how to tackle this incredibly important challenge.

Jessicah Pierre worked as a media specialist on inequality at the Institute for Policy Studies. She now works in the civil service.

This editorial was distributed by OtherWords.org and originally published on June 19, 2019.

MinnPost’s in-depth, independent news is available to everyone for free – no paywall or subscription. Will you help us keep this going by supporting our non-profit newsroom with a tax-deductible donation today?

Debt has skyrocketed during the pandemic, helping the rich get richer while others…