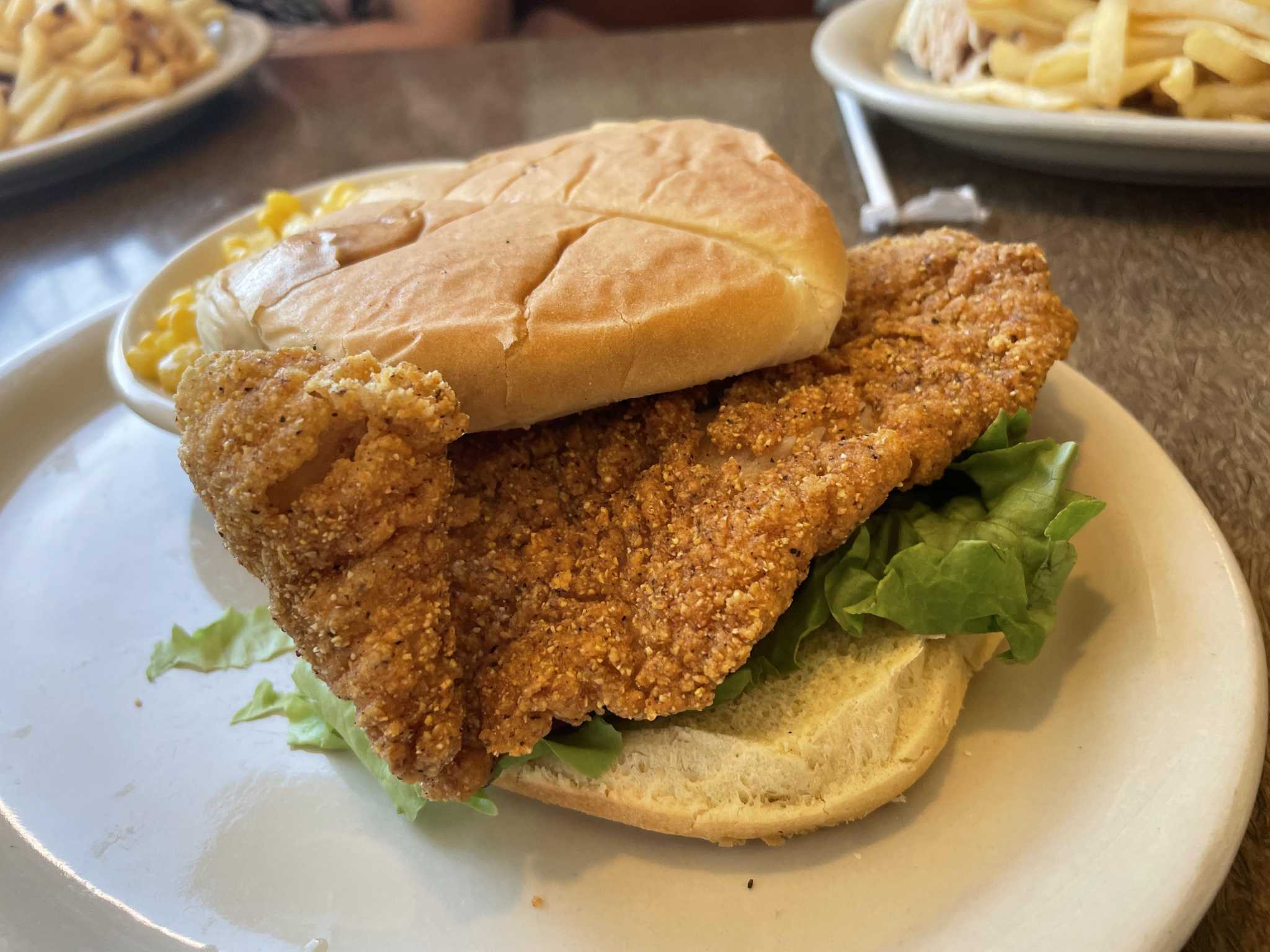 Jim’s Restaurants is a San Antonio institution that dates back to 1947 when the late founder G. “Jim” Hasslocher opened a small bicycle rental business at the entrance to Brackenridge Park, where he also sold cold slices of watermelon. He started offering burgers, and they were so successful that he later launched the popular Frontier Drive-In on the site.

From this foundation grew the dynasty of Jim’s Restaurants, an old-school restaurant chain that still offers the same ham and eggs, chicken fried steak, and delicious tortilla soup it’s been offering for decades.

It used to be one of the few 24-hour places in San Antonio, so it was a popular after-midnight haunt for people who needed to refuel after hitting the town. The signs still say open 24 hours, but that’s no longer the case. Most of the remaining 16 sites in San Antonio close after the evening newscasts.

I visited the one on Broadway and Loop 410. The booths, counter seating – didn’t seem like much had changed over the years, including the solid line of sandwiches, all of which come with a side. The 11 options range from fries and macaroni and cheese to peaches and applesauce.

On ExpressNews.com: The Pig Stand’s famous Pig Sandwich is steeped in San Antonio history and delicacies

For 99 cents more, you can get thinly sliced, crispy onion rings with light breading and a healthy dose of salt. They are worth the extra and are designed to be eaten by a handful.

The whole pies ($10.99) served in a display case by the register are also worth the try. Get the Chocolate Cream Pie. It tastes like a dream.

Best sandwich: I tried my first catfish sandwich ($8.49) of the series at Jim’s, and this little breaded bottom eater deserves to be at the top of the list. The breading was crispy and well seasoned with peppery notes, and the fish inside was flaky and tasted so fresh, it was like it had been raised in a pool of purified water. The tangy homemade pie sauce was the perfect topping for the tenderloin, served on a toasted bun with refreshing iceberg lettuce and a thick slice of fresh tomato.

On ExpressNews.com: Don’t miss any review of 52 Weeks of Sandwiches. Bookmark this page to follow each week.

Other sandwiches: In golf terms, Jim’s Clubhouse Sandwich ($9.35) is like hitting a drive straight onto the fairway. It’s an incredibly generous three-tier thick smoked turkey and bacon stack with cheese, lettuce and tomato on toasted white bread with just enough mayonnaise to keep all that toast and bacon from don’t get too dry without turning into a soggy mess.

Bacon was the backbone of BLT ($7.99) on toasted white bread – another solid take on a restaurant classic. The bacon was beautifully crisp – you won’t find any of those soft, flexible bacon bits at Jim’s – and played well with its simple toppings: a thick slice of tomato and a good layer of mayonnaise.

The kitchen should have taken a mulligan on the grilled chicken sandwich ($9.69), though. It was topped with that same great bacon, plus Swiss cheese, lettuce, tomato and onion on a mayonnaise toasted bun. All good except for the chicken itself, which was dry and bland.

The advertised chunky chicken salad ($7.49) was a swing and miss. The chicken looked like it had been pulverized by Thor’s hammer – barely big. Even the fun infusion of chopped pineapple and celery couldn’t save this chicken salad.

All in all, Jim’s is a bit like a culinary Swiss army knife. It has a rich history and although the menu offers a little something for everyone, diners generally continue to seek out the same few options.

Off the menu: QR codes here to stay in restaurants