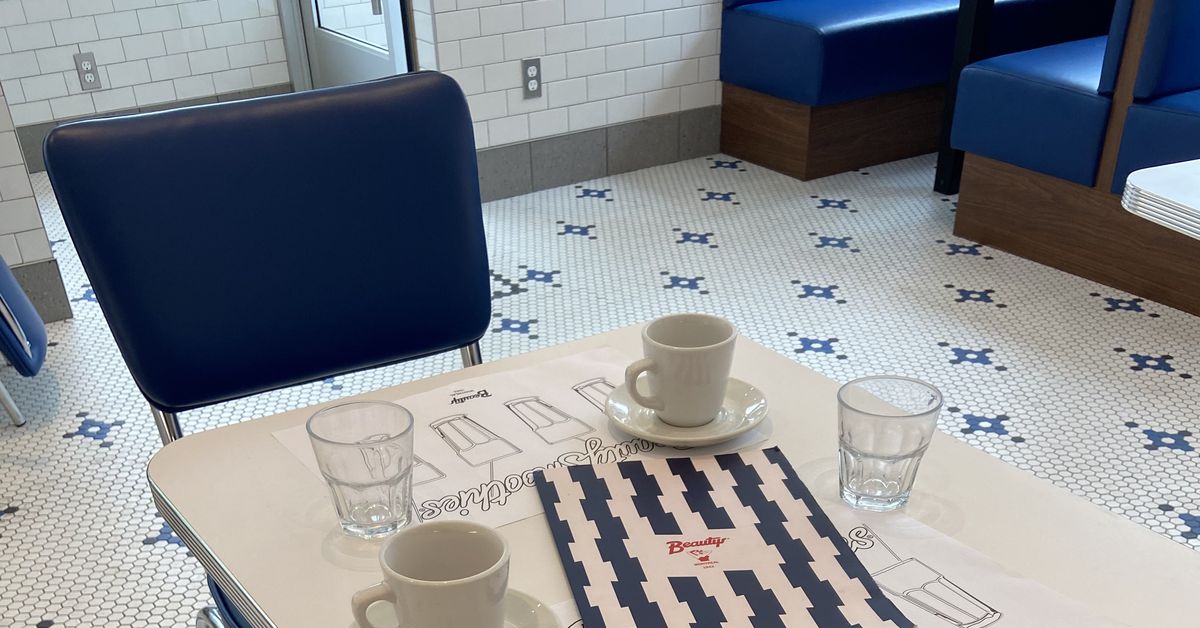 After undergoing more than a year of painstaking renovations – and scaring locals away with a spooky, spooky location – Mile End breakfast landmark Beautys Luncheonette reopens to the public today.

The restaurant has been closed since March 17, 2020, first due to the pandemic lockdown and then to run what owner Larry Sckolnick describes as a long overdue update.

“We really thought we would finish [the renovations] in a few months though, â€Sckolnick laughs. “But who knew the pandemic was going to last a year, and that our renovations would too?”

In any case, the embellishment is pretty much complete, except for a few last-minute decorative touches, and the iconic diner on the corner of Mont-Royal and St-Urbain is now back serving its signature (and, in one case, trademark) plates in a space newly decorated with white and blue mosaic tiling and Formica table tops, for a look that Sckolnick said was meant to “honor the history, period and feeling of the place.”

Sckolnick’s late father and mother, Hymie and Freda Sckolnick, purchased the restaurant (then the Bancroft Snack Bar) in 1942, operating it first as a weekday lunch spot in the surrounding Garment District, and finally on weekends for more family-friendly brunches. They later renamed him “Beautys”, after the nickname Hymie had received for her bowling skills.

Scheduled to celebrate its 80th birthday next year, Beautys was in dire need of a refresh – even though some customers wanted it to stay the same forever, says Sckolnick. â€œPeople would say to me, ‘Don’t change a thing. I love it.’ But, in my head, I was like, ‘It’s falling apart a lot. Thank you so much.'”

While a refresh has been needed, regulars will notice that some old-school elements – the dark blue leather upholstery, shiny chrome details, and bar stool seats, for example – all find their way back into the new design. . And while the new space still has comfy bench seats, it’s no longer attached to it, allowing for wheelchair access and, perhaps, even private events at night. â€œBut that would be later, after we got started,â€ says Sckolnick.

For now, the restaurant is open daily from 8 a.m. to 4 p.m. and offers a clean menu, including the unmissable Mish-Mash (a hot dog, salami, green peppers and fried onion omelet), Beautys Special (bagel and lox) and freshly squeezed orange juice. Eventually, this menu will expand with the return of other items and the addition of new items, such as a salmon burger and an undisclosed â€œsurpriseâ€.

After 15 months without Mish-Mash, customers lined up early this morning to be among the first to dine in the redeveloped space, but Sckolnick says they were supportive throughout the process. In one case, he described taking photos outside with his daughters Elana and Julie, with whom he runs the restaurant, and the drivers honking and clapping as they speeded past, shouting phrases like, “We thought you were gone “and” We’re so glad you’re back.

It’s exciting, says Sckolnick, to see that the enthusiasm is going both ways. If his late father, who many remembered for his affable hosting style, was there to see him, Sckolnick imagines him summoning one of his classic one-liners (what he calls “Hymie-isms”): “He would probably say something like, ‘The whole town has Beauty fever.’