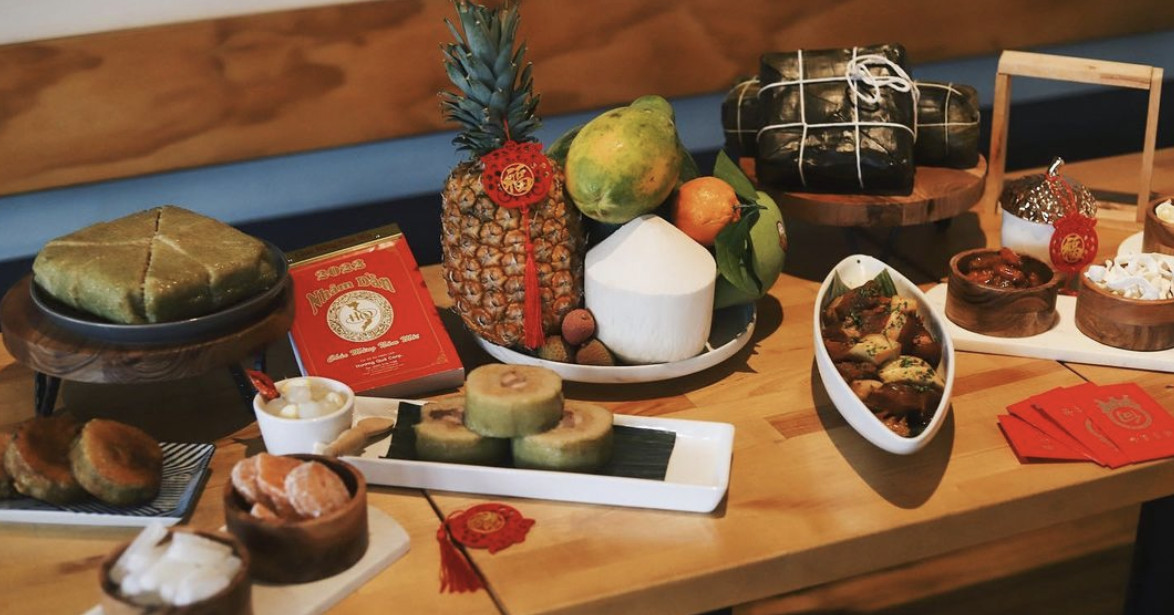 Lunar New Year in Seattle is a multicultural celebration. the holiday, which lands on February 1 this year, is celebrated in China, Vietnam, Singapore, among dozens of other countries. In Seattle, celebrations will span from Chinatown to Bainbridge Island to Edmonds, with lion dances, red envelopes full of cash and, of course, Lunar New Year food.

Edmonds restaurateur Shubert Ho says you don’t have to have cultural ties to the holiday to celebrate (he and many other non-Christians celebrate Christmas). So whether it’s your first Lunar New Year or your 50th, here are some ways to celebrate the holidays with food in Seattle, including a Lunar New Year celebration with restaurant specialties at Edmonds, bánh chưng, and a dusk dance. lion in the Bainbridge Island dining hall, and New Year’s sweet rice cakes in Chinatown.

January 29 marks Edmonds’ first-ever Lunar New Year celebration, which will include lion dances, kung fu performances and a film screening, among others. The event was organized by the Edmonds Diversity Commission and includes a partnership with Ho.

Its four restaurants in downtown Edmonds, Bar Dojo, The Market Fishmonger & Eatery, Salt & Iron and Fire & The Feast will serve Lunar New Year specials in the coming week. The Bar Dojo will serve scallion pancakes with pork belly for the occasion, Fire & The Feast will offer traditional longevity noodles until February 1, and Salt & Iron will serve dan dan noodles and fried trout complete on January 29. traditional New Year’s foods, Ho says they’re true to how he celebrated growing up.

“We don’t necessarily go for absolute tradition because I was born in California and raised by Chinese parents and grandparents,” Ho says. “So it’s my interpretation of how I feel that has good taste and also represents my heritage and my journey.”

There is a large Asian population in Edmonds, Ho says, and he is proud to help bring more recognition to the community through this celebration. He also recommends going to other nearby Chinese restaurants, like Fashion Dim Sum and T&T Seafood, for dumplings and other New Year’s dishes.

When Jade Garden owner Eric Chan was growing up, the smell of frying sweet rice cakes indicated it was “red wrap season.” Chan is now serving the cakes at his dim sum restaurant in Chinatown-International District until February 8. Customers can take the whole pie-sized cakes to the restaurant and steam them or chop them up to fry them at home.

Chan also serves two New Year’s savory cakes, both made with Chinese sausage and dried shrimp, one made with taro and the other made with dried daikon.

For Trinh Nguyen, co-owner of Ba Sa Restaurant, Tết (Vietnamese Lunar New Year) is a time when she consciously connects to her cultural roots and thinks about her ancestors. “As a child, I grew up looking forward to the New Year the way American children look forward to Christmas,” Nguyen says.

In the days leading up to the holidays, she would gather with her family to bake sticky rice cakes like bánh chưng, a long process she describes as a “labor of love”. The sticky rice is meant to keep the family from going hungry, and the rich pork belly inside symbolizes prosperity. The foil wrapping makes this a gift that says “I want you warm and full”. “That’s all we want for our family,” she says.

Ba Sa will serve bánh chưng as well as banh Tết, a longer, cylindrical version of the bánh chưng popular in South Vietnam. (Her mother is from the north and her father is from the south, so she grew up eating both variations.) Trinh will also cook braised pork belly with bamboo shoots and steamed chicken with oil. of green onion, two dishes often served with sticky rice cakes. In Vietnam.

The specials will be available from February 2 to February 6, when the celebrations end at 1:30 p.m. with firecrackers, red envelopes provided by staff and a lion dance by local group Mak Kai, which will start in front of the restaurant and then meander through the dining room.

Ballard’s Lucky Envelope Brewing will be handing out red envelopes with discounts and free merchandise on January 28 and 29, and the Panda Dim Sum food truck will be serving dumplings and steamed buns until 10 p.m. on January 28.

The Banh Chung Collective, a nationwide project organized by Los Angeles-based chef Diep Tran, teamed up with Jose Garzon of Garzón and Ekéko to distribute kits for making bánh chưng during a friendly Zoom class on January 29. Pre-order time is over, but Tran will announce another class for the first weekend in February where attendees can make the dish with ingredients they source themselves (available at local Asian markets). She started the collective to create a safe place where gay people can celebrate Tết. Check the band’s Instagram for updates.

And on February 12, Seattle Night Market will celebrate the Lunar New Year with vendors, food trucks, cocktails and performances. Find tickets on Eventbrite.

Chinatown International District’s Lunar New Year celebration has been postponed to April 30 due to COVID-19 concerns and will include food, dance performances and music.