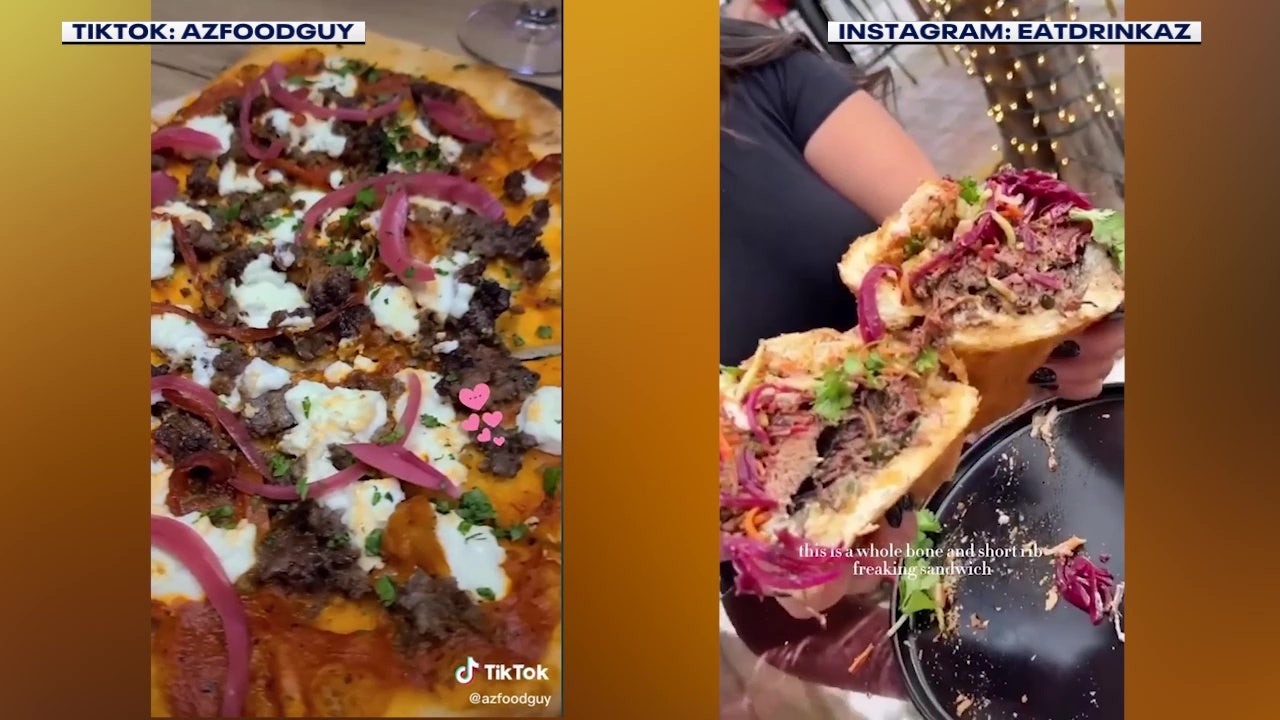 How Social Media Influencers Are Bringing Business to Phoenix-area Restaurants

Tune in to FOX 10 Phoenix for the latest news:

PHOENIX – Meet Kay Tam and Melissa Anaya – they are food influencers in Phoenix – and are better known as @azfoodguy and @eatdrinkaz.

They review food around Arizona, reaching a combined audience of nearly 400,000 followers on social media.

“Sometimes I’m invited to the restaurant,” says Tam. “A lot of times it just depends on what I want to eat or if there’s something new coming out, and I’m like, ‘This is really interesting, this is really creative, I have to go cover it. “”

It’s no secret that the restaurant industry has been crippled by the COVID-19 pandemic.

Texas BBQ House owner Mike Pitt had to find a way to bring customers back after being closed for three months. That’s when he texted Tam and asked her to come and have a free meal.

The Texas native grew up in the age of pagers, so TikTok and Instagram influencers are an entirely new concept, but he knew that to attract new customers he had to do something different.

Tam’s videos have reached one million views, with an average reach of 30,000 per video.

“Even if 300 people came, 1% is enough to make a difference for a restaurant,” Tam said.

And it certainly is.

Pitt says they’re still getting 10-20 new customers a day, and now he says they’re going live on their own TikTok account showcasing what’s cooking in the kitchen.

“When I started being a chef 15 years ago it was all about the clipboard, and maybe you’re looking for an ad somewhere, but now social media can double and triple your business,” said Hernández.

He opened Don Cafe a few months into 2022 and hopes he will see sales growth from his restaurant Arcadia after a visit from a food influencer.

“I’m talking literally 33,000 to 66,000,” Hernandez said. “I saw this increase within a month and continued to see the same increase every month thereafter.”

He says influencers try the food, and if they like it, share it with their followers. This leaves him to do what he does best: cook.

“The biggest challenge here is just getting people through the door. We’re so confident in our food that that’s not what really worries us. Our biggest worry is letting people know we’re here. “, Hernandez said.

So why have people turned to social media apps for food recommendations? Anaya says it’s because people want to visualize.

She often seeks out the flashiest content, like a torched tomahawk steak at Chico Malo in downtown Phoenix.

“I go deep into the kitchen, record the wow factors, the meat thrown on it, the sizzle, the smoke, and then their presentation was off the charts,” she said.

Executive chef Ivan Gonzalez says it had a direct impact.

“Five years ago when we opened our doors we started making tomahawks. We sell one tomahawk a month. With the new tomahawk we have and the help of social media, we do it every day , multiple times, about 10 a day,” Gonzalez said.

At $140 per person, the increase in revenue and customers was easily quantifiable.

“I’ve had restaurants say, ‘Please let me know before you drop because we don’t have enough staff to keep up’,” Anaya said.

Consistent content is key, she says, but most restaurants just don’t have the time to manage their own accounts, so they pay influencers cash or, in this case, free food.

“They’ve started betting on these TikTokers and influencers that have thousands of followers. They only need to bring us in once, and it’s going to flood their restaurants,” Anaya said.

They are called influencers for a reason. They understood what to post, when to post and on which platform. They interact with different demographics at every turn.

Restaurants designed to be on social networks

Today, we are seeing a whole new business model emerge.

Wine Girl Scottsdale offers a 360-degree view of social media-friendly venues. It was designed that way.

“When people have a place where they want to take a picture, they post it. A nice picture on their Instagram, and then other people will see it and want to come and take the same picture,” says Amy Johnston, owner of Wine Girl. Scottdale.

Johnston and her husband knew that a light, bright aesthetic would encourage people to take pictures and post them. Social media has become their new “word of mouth” and it’s working.

They have just inaugurated a new Wine Girl, this time in Napa Valley, the wine region of California.

“We never paid once for marketing,” she said.