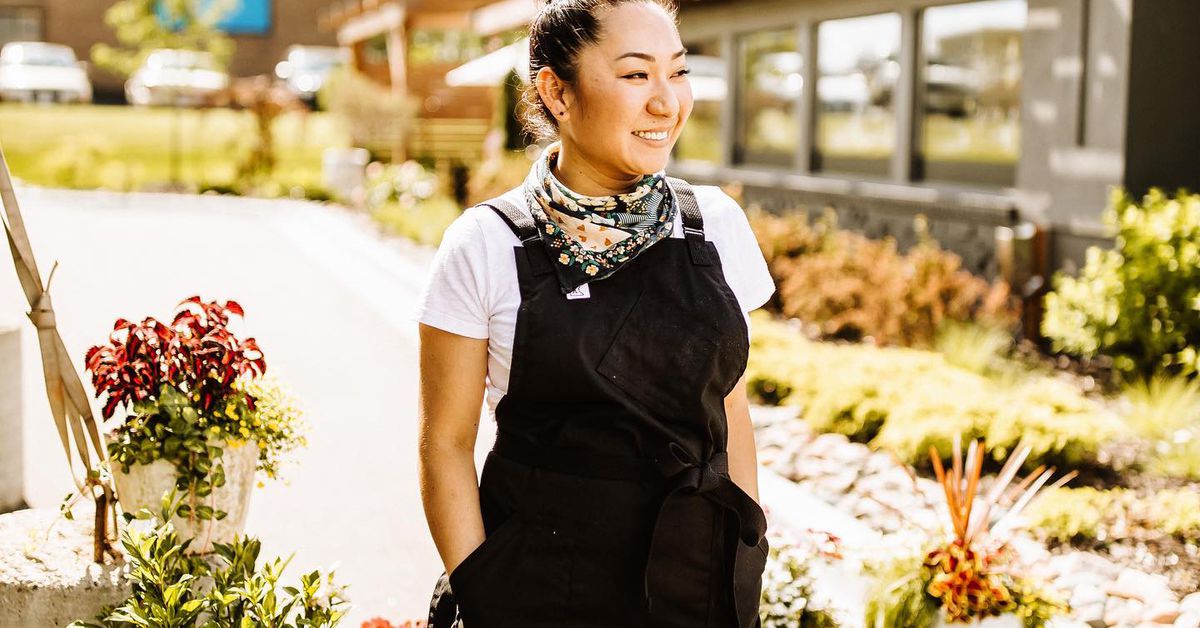 Like many of her elementary school peers, Ann Ahmed ate packaged lunches at home. But where others brought brown bags full of the usual suspects – peanut butter and jelly or turkey sandwiches, maybe an apple – Ahmed’s lunch was more unique. “Many children who came in my time; their parents thought they were going to starve at school, so they made lunches, and the lunches were not the same as everyone’s, ”Ahmed explains.

Without hesitation, Ahmed’s mother would pack him a whole fried fish with sautéed tomato sauce, much like paa mak len, a traditional Laotian dish made with local fish from the garden pond. “It freaked people out,” recalls Ahmed, then in first grade. So she ate that lunch – and countless others – within the confines of her extracurricular bus.

Today a variation of pyy ma len (fried red snapper with red curry sauce and coconut and herbs) will be on the menu at his latest restaurant Khâluna – which is slated to open later this fall. It’s the first dish of its kind to appear in Ahmed’s growing restaurant empire, which includes Lemongrass in Brooklyn Park, and most recently, Lat14 in Golden Valley.

This dish has also been prepared for over 30 years; it is in a way the cornerstone of Ahmed who marks the central role played by food in his childhood. After migrating from Laos to Minneapolis to join relatives, Ahmed’s mother worked at a local restaurant. Young Ahmed spent days in the storage room and evenings with his grandmother, whose home became the hub of elaborate dinners for her eight children. Cooking alongside him in the stove and observing his grandmother’s sense of hospitality made him want to open a restaurant.

But the elder Ahmed always resisted the idea of ​​a career in the restaurant business, instead ordering Ann to get a formal education. But deep down, Ahmed’s mother always knew. In college, Ahmed had already drafted a business plan for his future: a 10-page menu that featured “lots of curry.” Then, in college, at the University of California at San Diego, where Ahmed was studying and eventually becoming a teacher, she ran a restaurant business with friends, cooking in her garage.

During a chance encounter on an overnight walk in Brooklyn Park, Ahmed’s mother saw the sign. Immediately she called Ann. “I just remember her saying, ‘Hey, there’s a restaurant for sale, would you like it?’ Despite the approaching start of this weekend, Ahmed dropped everything and immediately flew to Minneapolis to get things going.

At the beginning of the restoration

Ahmed was barely 25 when she opened Lemongrass, and the early days were full of risks and unknowns. For a restaurant she had never seen before, in “the middle of nowhere” and in a predominantly white neighborhood, Ahmed put in place the only guarantee she had – a house she had recently bought – and approached the bank with no business. plan or vision for the future. She got the money, but struggled to budget.

Also, there was no menu; no formally documented recipes, as Ahmed’s mother never wrote any recipes. The music came for a boombox; the family came to help when they could; the service varied according to his mother’s mood. Given the lack of diversity in the neighborhood, Ahmed called Lemongrass a Thai restaurant and served dishes she thought was familiar to their residents. Unsurprisingly, residents assumed it was a Chinese restaurant and continued to do so long after it opened. “Three to four years after opening, I still had people who wanted Kung Pao Chicken and Chow Mein,” she says.

Lat14 also marked a pivotal moment in which his family began to fully accept that both restaurants were a career. “Asian culture, you know, it’s all about having a desk job to be successful,” says Ahmed. At first, she recalls, “my parents never really talked or bragged about me.” Soon Lat14 changed the dialogue, and the more Ahmed shared his story, the more his mother did too.

“The way we vocalize and share our voices and want to be heard – I’m not changing that. But I’m part of this new group of people who want to have a voice now ”

On his last restaurant

Ahmed’s goal for Khâluna is to build a transporting culinary experience that would allow guests to feel elsewhere. Early interiors indicate a style reminiscent of the resorts of northern Thailand and Chiang Mai (La Raya was a major inspiration, says Ahmed). Think of the vibes of white stucco, blonde woods, and shiny blue accents.

More broadly, his wish is for the restaurant to create such a broad appeal for all. “I want to connect with people at all levels,” says Ahmed. There is a backspace with a shop and a take-out deli crate with ingredients and meal kits for some of the dishes. There is also a cooking studio where she plans to demonstrate how to make these dishes.

She fully recognizes the opportunity for Khâluna’s food to speak for itself; In her own way, Ahmed tries to be a steward by dispelling the misconception that Southeast Asian food plays a secondary role compared to Asian dishes and more traditional cuisines. “The way we vocalize and share our voices and want to be heard – I’m not changing that. But I’m part of this new group of people who want to have a voice now, ”she said. “Asian food doesn’t have to be cheap.”

Rather the opposite. Before the restaurant opened, Ahmed shared some of his creations that will be on the menu. They understand Naem Paa, a crispy rice salad with fish, which she spices up with smoked fish and includes fresh herbs and vegetables from her cousin’s garden; rainbow rice, a lesser-known Thai staple, inspired by his travels in the northern region; pineapple noodles, a surprisingly simple and clean dish of rice noodles, fresh pineapple, hot coconut milk, jumbo shrimp, dried fish flakes and lime dressing. And, of course, a whole fried fish.

Khâluna is scheduled to open at the end of October at 4000 Lyndale Avenue South.