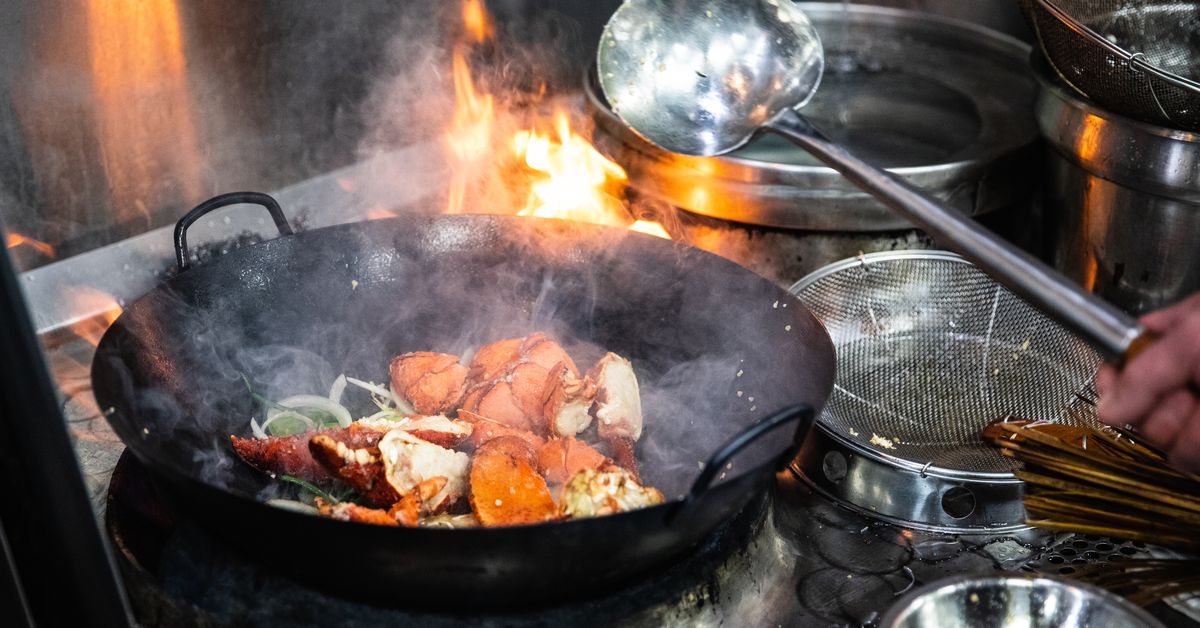 Jade Court founder Eddy Cheung left his daughter a well-worn blue spiral-bound notebook with recipes written in Chinese before her death in 2019, and Carol Cheung still refers to those recipes. She also has her own plans for the Cantonese restaurant and has started writing recipes in her own notebook. Jade Court started out like her father’s story, but as she debuted in Hyde Park amid the pandemic, Carol Cheung says it’s time to work on new recipes and tell her own story .

Since her father’s death two years ago, Carol Cheung has been forced to move the restaurant from University Village to Hyde Park, finding a space near another college campus, inside the Harper Court of the University of Chicago. The pandemic further complicated the restaurant’s ability to get to know its new community. When Carol Cheung opened the restaurant in November, Harper Court, anchored in a largely vacant Hyatt hotel, looked like a ghost town. Restaurants, like Jolly Pumpkin, have gone into hibernation. Others, like Aloha Poke Co. and Vanille, have closed their doors completely. Jade Court would add a pickup window because her dining room was not ready for customers – state officials suspended dining inside two weeks before it opened.

But with COVID-19 restrictions lifted, Carol Cheung is ready to serve Hyde Park some of the best Chinese food in town. She even developed a series of tropical cocktails – Mai Tais have always been popular in American Chinese restaurants. Although Carol Cheung hands her patrons a small paper menu, the limited offerings don’t do justice to the culinary possibilities her chef, Guo Dong Mei, might cook up on a particular day. Carol Cheung enjoys exploring the neighborhood grocery stores. She visits five Chinatown markets daily and what she brings back will not be listed. Former Tribune critic Phil Vettel suggested that customers ask “what the kitchen does” and that’s a phrase Carol Cheung and her husband Adrian adopted.

Eddy Cheung moved his family from Toronto in 1996 after a visit to Chicago. He thought he could fill a niche for Hong Kong-style dim sum and opened the Phoenix restaurant in Chinatown: “He wanted to teach people that Chinese food doesn’t have to be what you think it is,” says Carol Cheung. The family sold Phoenix after more than two decades as the head of the neighborhood dim sum institution. Staff, like Chef Dong Mei, followed the Cheungs to Jade Court. Carol’s mother Denny’s also featured on the menu, bringing Malaysian touches.

As immigrants familiarized America with different types of Chinese cuisine, it seems Cantonese cuisine, one of the first types of Chinese food popularized in the United States, is unfairly relegated to boring. And that’s something that annoys Cheung. She wants to show customers that there is dynamism in Cantonese cuisine. These stereotypes about quality are, in part, what drives her, during her regular visits to the market, to find quality ingredients. Even as beef prices go up, Cheung says she knows it’s tempting to buy inferior meat, but it’s a change her father would never agree to.

Carol Cheung adds recipes that would raise her dad’s eyebrows. For example, her father disliked Sichuan peppercorns and was sensitive to spices. He hated cumin and found lamb too cheerful. America’s tastes for Chinese cuisine have changed since the 1970s and Carol Cheung incorporates these ingredients and flavors. There is also a complicated warning to “eat clean”, a phrase that can leave racist connotations when it comes to Asian cuisine. For Cheung, that means cutting back on sweeter flavors because customers want to limit sugar. This may mean using potato starch instead of cornstarch as a thickening agent.

Carol Cheung’s charm helps patrons navigate the menu (she has a more elaborate one for patrons, including a section devoted to foo young eggs; just ask). She tries to keep her family’s legacy afloat, facing labor shortages. But she pledged to make it work in Hyde Park.

â€œNo one will care as much as you do,â€ she said. “I mean, I love the industry, I love the restaurant business, I love interacting with my customers.”