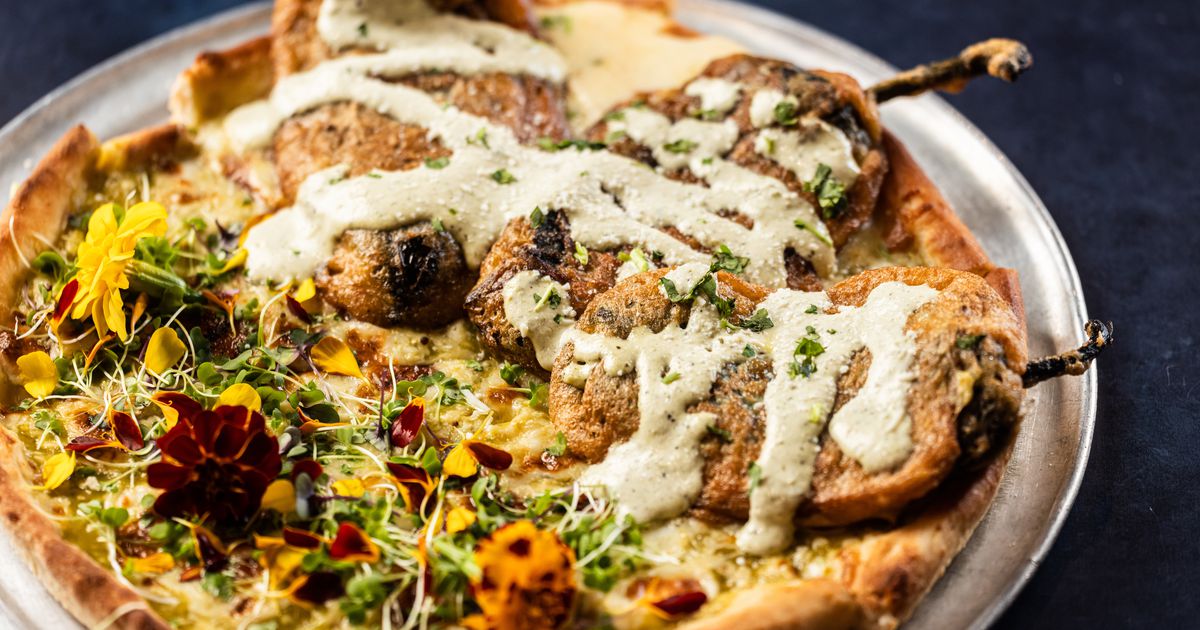 Think chili relleno, but on the pizza. Pork marinated in guajillo, on pizza. Same Salsa Verde Doritos and chopped filet mignon, on pizza.

Co-owner Nico Ponce says Mexican food and pizza are his favorite dishes, so he opened a restaurant, combining the two.

“All the flavors and all the ingredients translate brilliantly on the pizza,” he says.

Ponce has worked for The Rustic, Bowl & Barrel and Mutts Canine Cantina at D-FW. Its leader is Juan Manny Reyes, and he worked at several D-FW pizzerias, including Grimaldi’s and Fireside Pies.

There’s even one called Loco Doritos, which is topped with fries, bean salsa, and minced filet mignon.

Those who prefer pizza with no Mexican toppings can order from a separate menu that serves Buffalo Chicken Pizza, Classic Pepperoni, Chicken Alfredo, and more.

Nico’s MX Pizzeria and Cocktail Venue is at 18160 Dallas Parkway, Dallas. Its opening is scheduled for October 21, 2021.