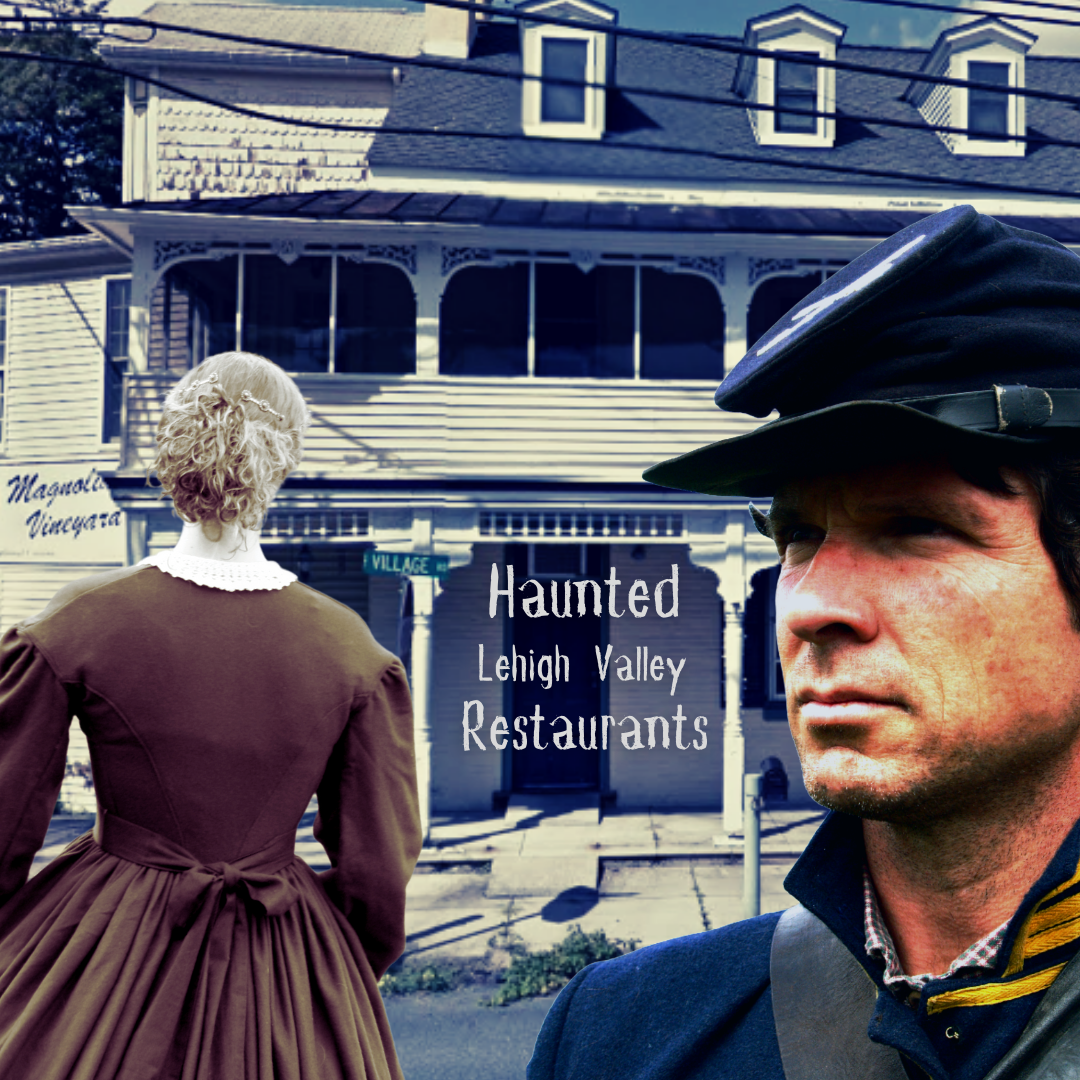 Editor’s Note: To read the first installment in this series, click here. And don’t forget to subscribe to the Saucon Source newsletter and follow Saucon Source on Facebook, because there is nothing scarier than missing out on important local news and information.

The Lehigh Valley has no shortage of bars and restaurants housed in historic buildings. Many of these great restaurants have been operating for generations, and in some cases they have apparently done so with a little help from certain “wits”, both literal and figurative. ??

Legends of haunted establishments abound in our region as well, which is why we are highlighting some of them this Halloween. We hope you not only investigate their reported ghostly associations, but also dine with them and support them as local businesses.

Feel free to tell us your stories about these and other historic places, and of course, create new memories by visiting them for festive fun and great food all year round.

For more on each of the current and former restaurants listed below, please check out Ellen’s interview on Saucon Source’s No Rain Date podcast, episode 76 (release date: October 15, 2021).

The Iron Mule restaurant and bar, located at 831 S. Delaware Drive, Easton, was built as the Black Horse Inn in 1783. Many years later it became Stemie’s Place, and the tradition of riverside hospitality continues today under the owners of the “Mule”. Almost a century ago, however, the hospitality that was served was enjoyed not only by local patrons but also by Prohibition-era gangsters. On July 22, 1928, one of these figures was enjoying a meal at the Black Horse Inn when he was brutally murdered by an unknown suspect. At around 9 p.m. Saverio Damiano, aka Johnny “The Wop” Farrara, went to make a call in the pub phone booth when a gunman opened fire on the room. Farrara fell down a series of steps and into the basement, where he crawled around the corner and later died. It was believed to be an organized mob strike, and all witnesses immediately fled the scene. Oddly enough, Farrara’s body was not discovered until two days later, when a delivery boy stumbled upon it. Several people were suspected of having ordered and executed the coup, but no motive was ever firmly established and no one was ever convicted of Damiano’s murder. Since then, dark silhouettes have been reported around the property and items have been found out of place, particularly in the kitchen. The appearance of a large black dog has been repeatedly spotted on the basement steps where Farrara died, and the dogs are known to act strangely there. The appearance of a little girl who allegedly drowned in the nearby canal was also observed.

THE TAVERN AND THE WIDOW’S GRID

Previously known for many years as Widow Brown’s, this former inn and stagecoach stop at 200 Main Street in Stockertown is haunted by a ghost named “Marvin,” according to the restaurant’s website. I love that they kiss their ghost as part of their business! The owner of The Widow’s Tavern and Grill isn’t 100% sure how old the tavern is, but the fact that it was once a stagecoach stop means it probably dates to the mid-1800s or earlier. As the story goes, Marvin worked at the Inn for the first few years of its existence. He fell in love with a woman who also worked at the inn, but the owner disapproved of their affair. Marvin was fired, which apparently led to his demise. We don’t know exactly what happened after this, but some time later Marvin was found hanged in the back staircase of the tavern. It is also not known whether he was hanged or himself, but what many believe is that Marvin continues to “hang around” to this day.

Above, the Newburg Inn is pictured in the late 1800s. The historic building was demolished in September 2021. For more on what led to this, as well as the site maps, read the edition Fall 2020 of the Township of Lower Nazareth newsletter.

Built in 1750 and recently razed, the Newbourg Inn in Newburg Road and Nazareth Pike was an iconic foodie destination in the Nazareth region for generations, until it closed in 2018. In its early days, the inn building served as a stagecoach stop, Indian trading post , farm and, during the French and Indian War, protection of the settlers against the attacks of the Amerindians. According to legend, a Native American was hanged in the inn’s attic, while other stories tell of the appearance of a little girl who customers and employees say frequented the bar. Some have claimed that more than 30 spirits haunted the Newburg Inn, which was demolished so that the intersection it bordered could be widened.

The old one Magnolia vineyard on Village Road in Orefield was named for Magnolia Evans, who was the daughter of a Major General serving in the Union Army during the Civil War. According to legend, one day she found a wounded Confederate soldier in the vineyard behind the house and secretly began to help him regain his health. Perhaps predictably, during this time, she fell in love with him. When the soldier left to return to his regiment, he swore to Magnolia that he would return after the war, and she swore that she would wait for him. When the war ended, she waited by Jordan Creek, and waited, and waited and waited. He never came back. People say they always see her by the creek waiting.