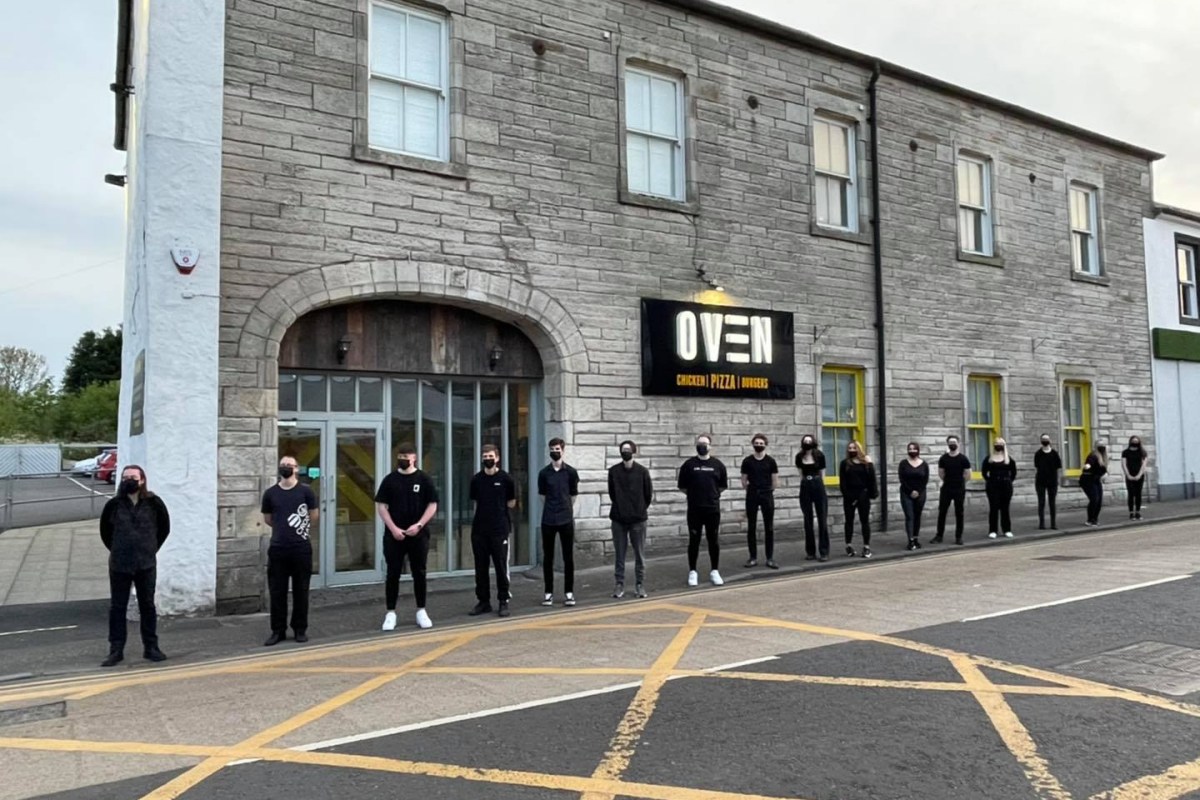 The firewood restaurants in Stewarton in Ayrshire, the same town where Naismith lives, have gone bankrupt, leaving thousands in debt after going into liquidation earlier this month.

The Vennel Street restaurant closed after a staff member tested positive for COVID-19 on July 19, but was put into liquidation weeks later and has not reopened.

The Daily Record reports that a liquidation order at Kilmarnock Sheriff Court on August 5 revealed that the company could not repay its debts.

Despite the liquidation, Oven announced on social media that they were hiring staff last week.

They also promoted a new cocktail bar called The Vennel, which is at the same address.

Firewood’s latest accounts show the company owed £ 218,000 from creditors, including bank loans, taxes and their suppliers, leaving the company just £ 717 in the bank.

The Record reports that staff were told the restaurant would close on a Zoom call and would have to seek government payment because the company couldn’t afford a layoff.

A source told the Record: “The numbers listed in official documents were before Covid-19 caused extended bars and restaurants to shut down, so the current debt figure may now be higher.

“Steven Naismith could be considerably out of his pocket.”

Staff are believed to owe hundreds of unpaid wages.

Naismith, 34, is one of the four shareholders of Firewood, alongside fellow directors Martin Boyle and Kevin Dillon, and a John Bourne.

The Sunday Mail has revealed that Martin Boyle is the sole shareholder and director of a company called MBSN, listed as a restaurant and takeout company, which he established on July 7 before the Firewood collapse.

Now Hearts coach Naismith has not commented, but a close friend told the Record he only invested in Firewood while others ran the business.

The source added that Naismith had made inquiries to ensure that all staff were receiving the wages they were owed and had been assured that would happen.

Boyle said there was nothing untoward when asked about MBSN, telling reporters at Record: “I run several companies. I started another company.

“Ask anyone in town who knows me, you’ll find out the real truth.”

His fellow shareholder Dillon has claimed to have lost £ 55,000 since the business collapse and has had nothing to do with the business since last September.

He told the Record: “It’s me who pays with no chance of getting my investment back. I am a creditor and in the same boat as anyone else.

“I left the company because I didn’t like the way it was run. It was shoddy, there were too many people involved who had nothing to do with the business.

The Scottish Sun has contacted Oven Diner for comment.