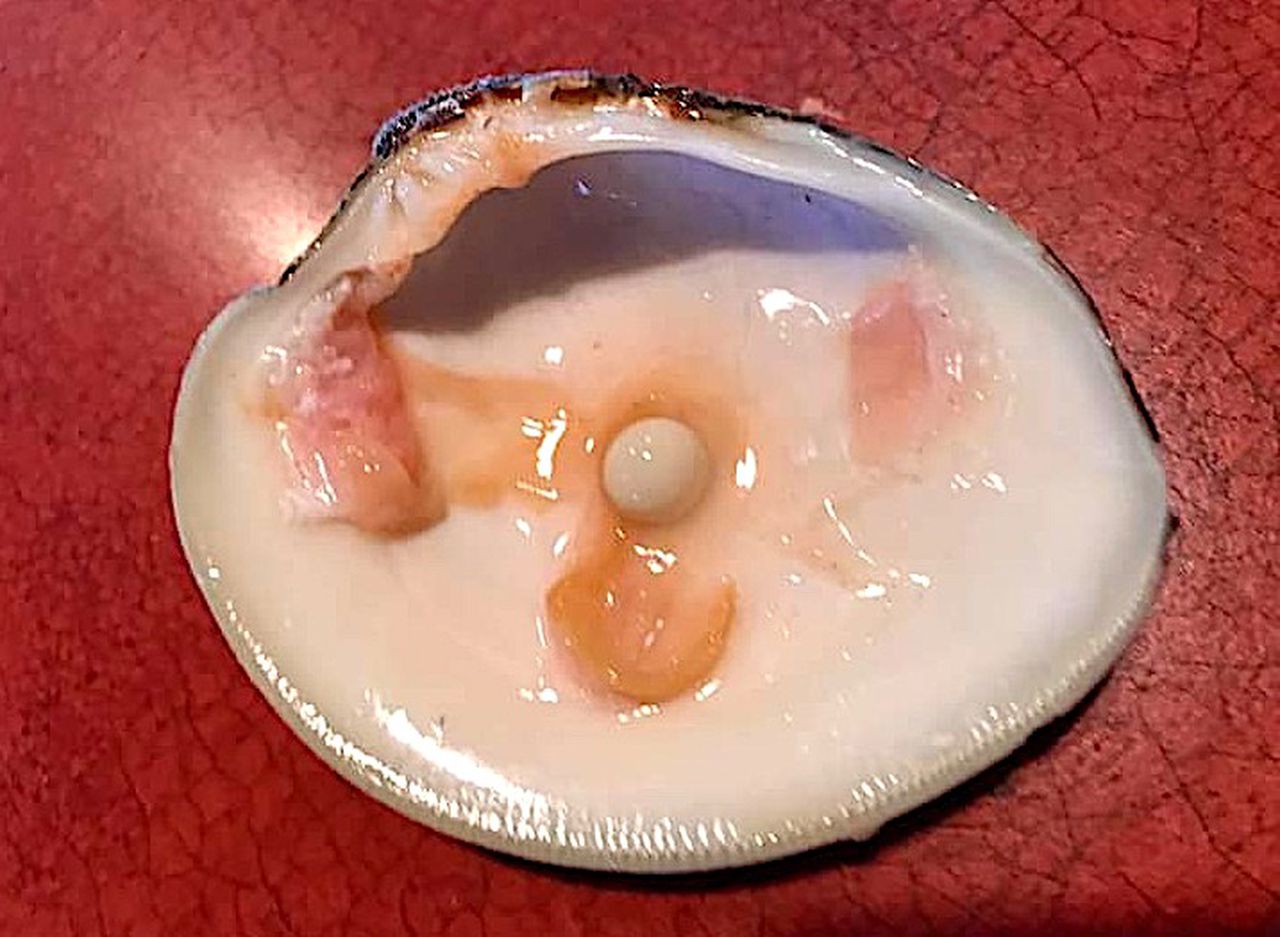 When Michael Spressler bit into a raw clam at famed Jersey Shore restaurant The Lobster House two weekends ago, he felt something hard in his mouth.

“I thought one of my molars had cracked,” Spressler, 58, of The Brick, told NJ Advance Media on Monday. But the smooth, round object on his tongue wasn’t from a broken tooth.

It was a gem that was possibly worth thousands of dollars, Spressler has since said. According to The Pearl Source website, the pearl can be worth as little as $50 or as much as $100,000, depending on the body of water it comes from.

“I actually thought it was like a little rock or something,” Spressler said. “But when I pulled it out in the palm of my hand, it was a perfectly round white pearl.”

Spressler found the pearl during a President’s Day weekend visit to his favorite South Jersey restaurant, The Lobster House on Schellengers Landing Road, across the bridge from Cape May. Spressler and his wife, Maria, have enjoyed seafood there since the 1980s, he said.

“In all the years we’ve been going there, as soon as we leave the Garden State Parkway and cross the bridge, our first stop would be The Lobster House for food, because to me they have the best seafood in Jersey,” he said.

For his appetizer, Spressler almost always orders a dozen raw clams on the half shell. He tops them with hot sauce or cocktail sauce and sprays on a little lemon, he said.

“I’ve eaten clams all my life. This is the first time it’s happened to me,” Spressler said, adding that people he’s spoken to and internet searches he’s done indicate that the odds of finding a pearl in a clam are 1. out of 10,000.

Maria Spressler said she would like to keep the pearl, which measures 8.83 millimeters in diameter, and have it set in a ring or necklace with a mermaid or something to remind her of the sea. But Michael Spressler is more interested to know what the object is worth.

“She wants to put it in jewelry or something, but I have to get it appraised first, to get some kind of value,” he said. “(I heard) it could be worth thousands of dollars, but I don’t know how much it’s worth. I really don’t know and I’d like to know.

Thank you for counting on us to deliver journalism you can trust. Please consider supporting NJ.com with a subscription.