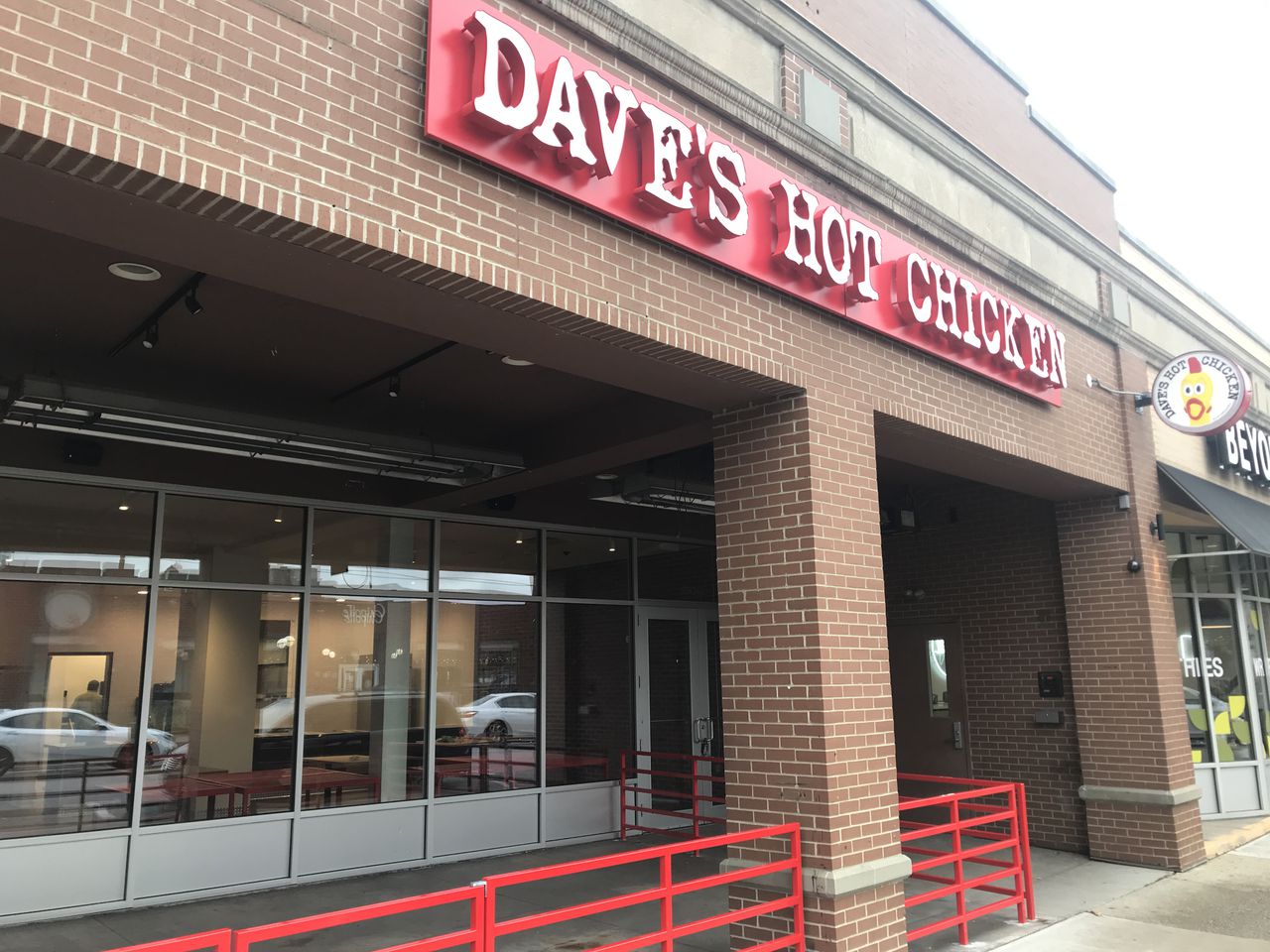 LAKEWOOD, Ohio – Nashville-style hot chicken via Los Angeles is what Dave’s Hot Chicken will provide hungry people looking for a spicy meal located in the former home of 16-Bit Bar + Arcade at 15012 Detroit Ave. in Lakewood.

The new restaurant is slated to open later this month.

“It’s pretty amazing, this is one of the best chickens I’ve ever had,” said Nikolas Silea, co-owner of Lakewood Dave’s Hot Chicken store. “The franchise started a year or two ago and it’s going really fast. Most of the major metropolitan markets are already sold. People like us come in and open where we can.

“Nashville Hot Chicken isn’t very well known in Cleveland yet and it’s a different profile than what people are used to compared to Buffalo or something like (Raising) Cane’s. We have seven different flavors of spices and you can do anything from mild to wild.

“It’s just really good pieces of chicken that are very juicy, very tender, and very tasty,” Silea said. “It’s a dry seasoning that goes on the chicken after it’s fried. I can’t wait to open it so I can eat it.

While Silea and her restaurant partners plan to open stores in Ohio City and the Westgate Mall in Fairview Park, the 3,000-square-foot Lakewood site – which will have 80 to 100 employees – is offering customers the first chance to try Dave’s Hot Chicken. .

“It’s a fantastic place in Lakewood,” said Silea. “16-Bit went up just as we started looking for spots, so we got lucky. There is a 400 square foot outdoor dining area which is covered with a semi-enclosed patio.

“We have large outdoor radiators built into the ceiling. It will be suitable most of the year for great alfresco dining on Detroit Avenue, two blocks from Warren Road. So it’s right in the heart of pedestrian Lakewood.

Although designed as a take-out concept, the Dave’s Hot Chicken site has 44 combined seats inside and outside the Lakewood store, located in Silea’s hometown.

Is Hoboken’s Malibu Diner closing? This is what we know