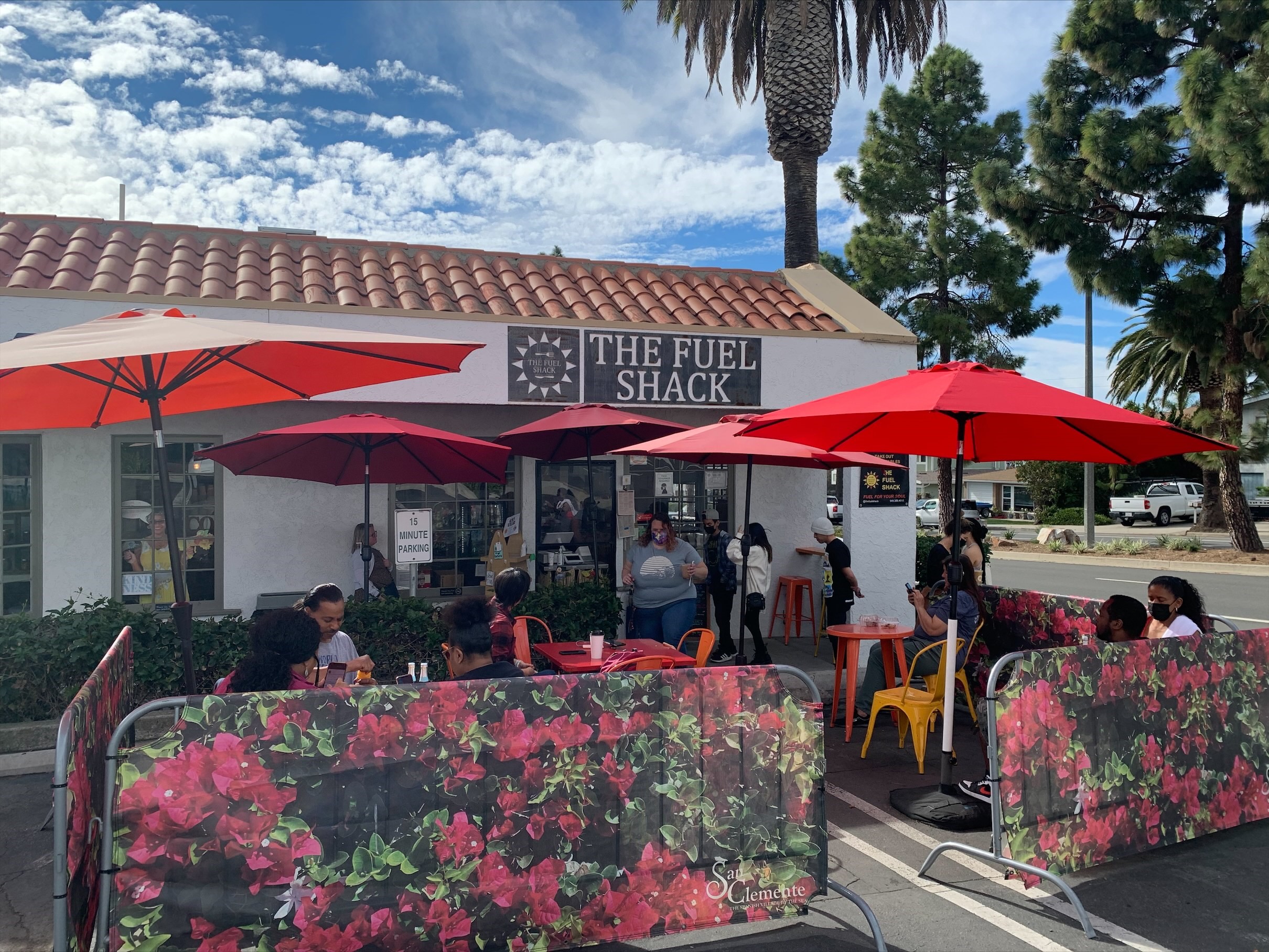 Community fixture, The Fuel Shack, ends on a high

SUPPORT THIS INDEPENDENT JOURNALISM
The article you are about to read comes from our journalists doing their important job – investigating, researching and writing their stories. We want to provide informative and inspiring stories that connect you to the people, issues and opportunities within our community. Journalism requires a lot of resources. Today, our economic model has been interrupted by the pandemic; the vast majority of our advertisers’ activities have been impacted. This is why the PD time now looks to you for financial support. Learn more about our new Insider program here. Thank you.

The featured image: A line of customers at the Fuel Shak stretches out the door on the restaurant’s last day of operation on Sunday, January 16. The cafe experienced long lines of customers throughout its last weekend, even until the last minutes of the doors opening. Photo: C. Jayden Smith

Yolanda Quam emerged through the front door of her restaurant, bright and emotional, to the applause and cheers of those who had decided to stay for the last hurrah.

It was just after 1 p.m. on Sunday, January 16, after The Fuel Shack wrapped up its last day of operations.

“Dreams can come true,” Quam said in tears, as she stood outside the outdoor dining area and addressed those who stayed behind.

The support she received from her audience was fitting, as it reflected the love with which The Fuel Shack had provided the San Clemente and Capistrano Beach community for the past three years.

Yolanda opened her dream business with her husband David in December 2018 after working for 25 years as a pediatrician in Chino Hills and 10 years in a community clinic in Ontario.

She had always loved cooking and baking for her family, but she wanted to take the next step by creating a cafe for breakfast and lunch.

“In 2015, I was too young to retire, but I left medicine so I could get out and get some experience, and see what it was like to open a restaurant,” said Quam, who has turned 62 on December 12.

She and David traveled while she gathered what she wanted to serve her customers, the main desire being food that stood out from the normal fare.

His original goal when opening The Fuel Shack was to create a community place where people could come, hang out, and feel welcome, as if they had walked into his own home.

“I grew up with grandmothers who came from the South, and when you went to your grandmother’s house, you always went to have fun,” Quam said. “She didn’t care who you brought, even if she didn’t know them, and (they) felt like it was their grandmother too.”

She felt she had achieved her goal despite being new to the San Clemente community.

Quam recalled the outpouring of support she and David received after an August 2019 burglary, including an apology and a willingness to be patient with them as they worked to fix the place. It was just one example of how the community reciprocated the love.

“It was so overwhelming,” she said. “I had only been here a few months and they kept coming.”

After The Fuel Shack announced on its Instagram page on Thursday, January 13 that it would be closing Sunday at the end of the day, the sentiment continued.

Over the past few days of activity, queues to order from the contactless storefront have wrapped around the outdoor dining area.

Hundreds of people came from near and far to say goodbye, to share their best wishes and to tell stories of the times spent with Yolanda, David and the staff.

“It’s a family (here),” Quam said. “My grandmother used to say, ‘You remember what you ate, but you don’t remember how you felt while you ate.'”

Anjie Martinis, a regular since the restaurant opened, thought The Fuel Shack would be around for a long time. She was surprised to hear the news of their closure on Saturday from a post in the public Facebook group San Clemente Life.

“(Yolanda and Dave) are welcoming to everyone; they had good healthy food,” Martinis said, adding, “It’s a shame they’re closing.

A couple had only visited for the first time a few days ago after spending time in Laguna Beach. When they heard the news, they made sure to drive up from San Diego to stop once more.

It’s this kind of magnetism that propelled The Fuel Shack to 13th place on Yelp The 100 Best Places to Eat in the United States in 2020, after his first full year of service. On that list, it ranked sixth in California and first in Orange County.

The process of earning such a great reputation was not easy, as Quam recounted during his speech. She met 27 employees in their first year as they worked to find people who matched their work ethic.

Through it all, she and David managed to field the “A-Team” personnel who were there on Sunday.

“Don’t cry because it’s over, everyone, smile because it happened for me,” Quam told his audience. “You have been a recurring partner in my dream and I really appreciate you.”

When Quam finished, she greeted several people who had been waiting to see her. She had been going back and forth to bring her staff from Lucille’s Bar-B-Que on the last day.

Quam’s younger brother, Allen Wideman, his wife Charlotte, and their daughter, Alexis McCall, were among this group. They had come from Norwalk to support their families, as they had done regularly for three years.

“We love the food and the atmosphere,” Allen said of his and Charlotte’s experience at the cafe.

Charlotte echoed the sentiment, adding that “Yolanda’s good spirit” and the staff’s cheerful attitudes contributed to The Fuel Shack’s environment.

Quam said they had an impact on the community by brightening people’s days, making them happy and putting positive energy into their food.

The restaurant has also provided lunches to local surf therapy groups and other organizations, a sign of trust between them and the community.

Now that Quam feels she’s achieved what she set out to do, she knows it’s time for her to step back and rest. She assured people on Sunday that she would always be around San Clemente and encouraged them to show love whenever they saw her in public.

Quam also made sure to add another statement, a reminder of the joy and energy she brought to the community through her food.

“We just wanted to have fun,” she said.

C. Jayden Smith graduated from Dana Hills High in 2018 before pursuing a bachelor’s degree in digital and broadcast journalism at the University of North Texas. After graduating in December 2020, he reported for the Salina Journal in Salina, Kansas. Jayden loves college football and bothers his black lab named Shadow.

BECOME AN INSIDER TODAY
Trustworthy, accurate and reliable local news is more important than ever. Support our newsroom by making a contribution and becoming a subscriber today.