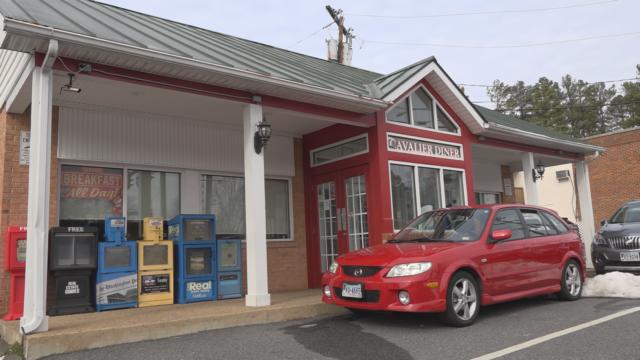 Longtime customer Nancy Carver says she is heartbroken by the news.

Other customers say it’s not just your usual restaurant, it’s a second home.

“We don’t eat out a lot unless we come here,” Michelle Miller said.

She has been a waitress at the restaurant for two and a half years. She says she’s not sure what her future holds.

“I need a husband, a new dog and a job,” Andrews joked.

Restaurant owner Aristea Vlavianos says she and her husband Sal have run the restaurant for 12 years and the closure is not their choice.

“The building has been sold and the new owner doesn’t want a restaurant here. He wants to do something commercial. I don’t know what,” Vlavianos said.

She says her family has been serving meals in Charlottesville for four decades and they love it.

“I’ve met people all over the world, all over the country. The stories I’ve heard, the friendships I’ve made, are what really made this so interesting,” Vlavianos said.

She says it’s not the end for the Cavalier Diner.

“I’m too young to retire, so I’m hoping to find a new place that will support me for five, six, seven years,” Vlavianos said.

“It has to stay open,” Miller said.

Raw fish is swimming on menus in San Francisco