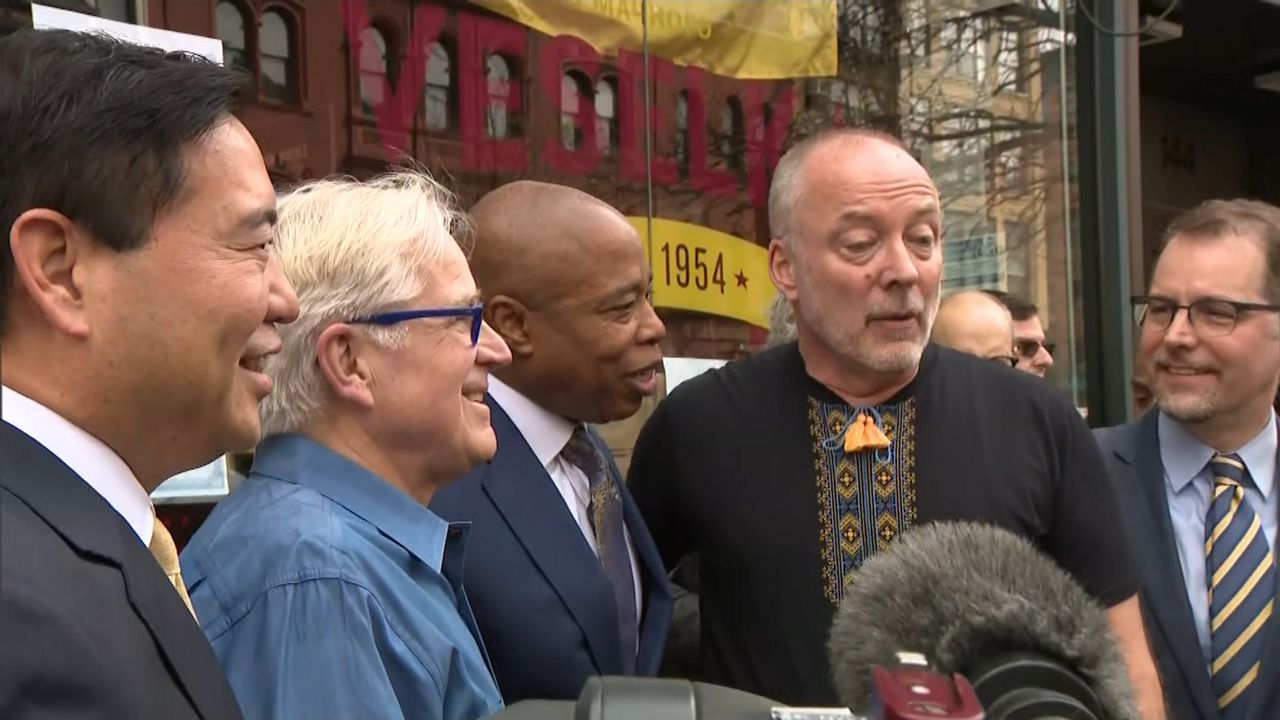 As the city lifted its vaccination mandate for indoor dining and entertainment on Monday, Mayor Adams marked the milestone by visiting city restaurants and celebrating the food industry — all as part of its singular focus on the city’s economic recovery.

During a morning walking tour of the East Village, he met restaurant owners and had lunch at Veselka, the famous Ukrainian restaurant that has raised tens of thousands of dollars to help Ukrainians.

As of Monday, proof of vaccination is no longer required in indoor restaurants, indoor fitness facilities and entertainment venues, including theaters and museums. Speaking to reporters, Adams said the lifting of those restrictions is both symbolic, signaling that the city has reopened, but also substantial.

What do you want to know

“We make sure to go to restaurants that allow our cooks, our chefs, our bartenders, those low-wage employees to be able to recover,” he said.

Restaurant owners have said they support any move towards normalcy and that lifting the vaccination mandate helps offload their staff.

“I would like my hosts and hostesses to greet people instead of asking them for handouts,” said Tom Birchard, co-owner of Veselka.

“I’m so glad the mayor came out today to communicate the changes to New Yorkers as well,” Sibley said. “Because now we will also, when people come to eat, we can help them navigate the changes.”

In the afternoon, the Mayor continued his culinary orientation by visiting New York’s International Restaurant and Foodservice Show at the Javits Center, strolling through the exhibit area and sampling a variety of samples – paying special attention to the field of plant-based foods.

His continuing message is that it’s time for New York to come back.