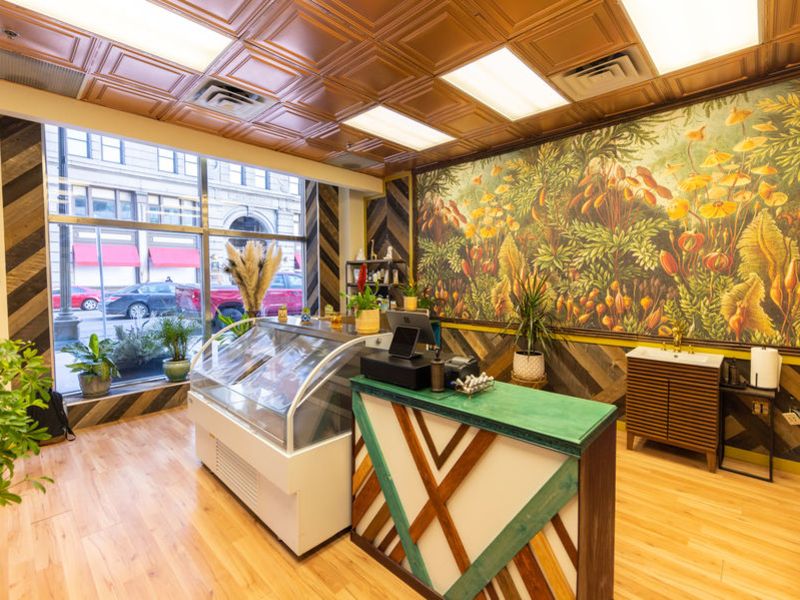 Detroit Vegan Soul, established in 2012, billed itself as Detroit’s first restaurant featuring 100% plant-based foods when it opened at 8029 Agnes St. in the city’s West Village neighborhood.

“We’ve been trying to add staff for two years,” Ussery told Crain’s on Jan. 18. “It has become financially impossible to continue to occupy the space without generating revenue and without reliable staff.”

Prior to the pandemic, the Agnes Street location had eight to 10 employees. The west side location, at 19614 Grand River Ave., will remain open, Ussery said. This place is on winter break, but is due to reopen in April. Ussery said the Grand River site, which opened in 2017, has been able to survive with more stable staff. At the start of the pandemic, after staff were laid off, Detroit Vegan Souls launched a GoFundMe campaign to help these displaced staff members.

Ussery said revenue had been cut in half since the pandemic began, although she declined to provide specific numbers.

“(The pandemic) has made it impossible for us to recruit and retain staff,” Ussery said, “and as a result has forced us to reduce our hours of operation to what can be maintained by a small staff, or sometimes a person working alone.

“I think there’s a need and a demand for vegan restaurants,” said Ussery, who for two years before Detroit Vegan Soul opened served as the city of Detroit’s communications director. “But even before the pandemic, it was difficult to find reliable staff to work in plant-based kitchens.”

Khan said in December she thought specialty food as a whole was struggling as more restaurants started offering vegan options.

“Right now a lot of my friends are closing restaurants,” Kahn said. “I see a lot of restaurants surviving, but no one having fun.”

Gabriel Vera agrees with Ussery, but thinks his business is built for long-term success.

“Nosh Pit and (Detroit) Vegan Soul have been great additions to the city and the vegan community and we are very saddened to see them go,” Vera told Crain’s on Thursday. “However, our concept is unique…compared to these restaurants. It allows us to keep overhead costs low, while producing exceptional, high-quality products that our clientele appreciate.

“Our concept is also aimed not only at vegans, but at anyone who wants to enjoy clean and healthy meals, juices and desserts made with whole foods and organic ingredients designed to nourish our bodies. … our weekly rotating menu keeps customers enjoying a wide variety of nutritious and tasty products week after week without getting bored of the same items.”

Ussery plans to stay in the restaurant game and said the focus is on the sustainability of the Grand River location. She did not rule out the possibility of opening another location on the east side of the line. Earnings potential, community support and the ability to staff reliable employees are all factors, she said.

Closing the store is difficult, Ussery admitted, but she said she will always have fond memories of what was her first business venture, including the grand opening of the restaurant.

“Our goal was to open to 100 people, but our grand opening drew hundreds, forming a line up the block and around the corner,” she said. “…we’ve hosted a plethora of celebrity guests: President Bill Clinton, Stevie Wonder, Jaden Smith, John Conyers, Michael Beckwith, the Wu Tang Clan, Catherine Bigelow. Just seeing our dream come true at this place means a lot.”

Restaurants are struggling. Here is another offer to help them