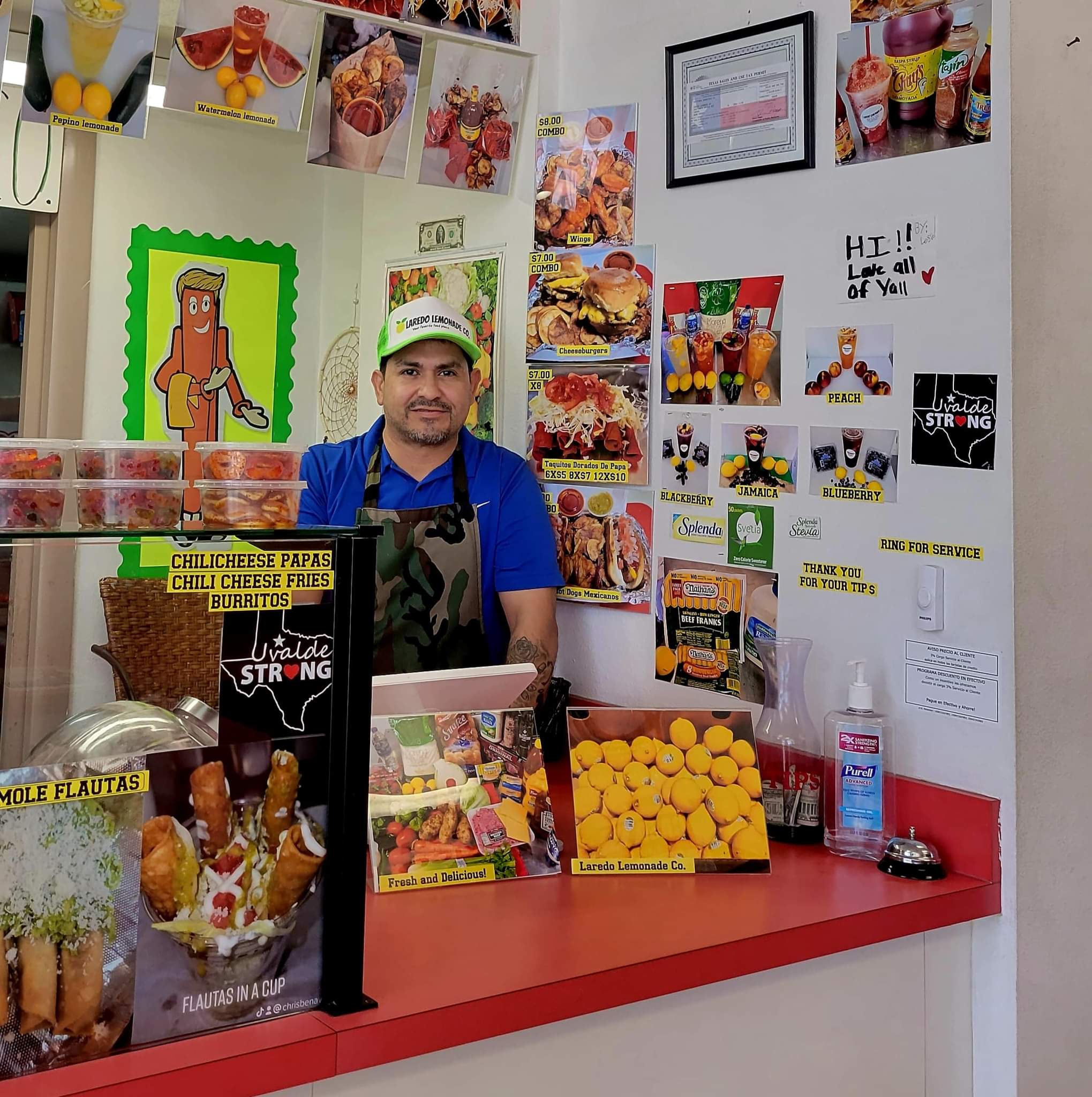 The Laredo community’s outpouring of support for the residents of Uvalde can be seen from the mass shooting in the town at Robb Elementary School, which left 21 people dead, including 19 children.

Residents have set up donations, visited the city to express their support and even traveled to provide meals. And now a local restaurant has joined them.

Chris Benavides, owner of Laredo Lemonade Co. – located at 3502 Santa Ursula Avenue inside the Shell gas station – said after seeing what happened in the city he couldn’t stay without helping. And he said he has developed a new product, flautas, with all proceeds going directly to families affected by the massacre.

“All this month, everything we’re selling in flautas…just goes to the victims of Uvalde,” Benavides said. “We had to do something, because mentally it was affecting me. So I decided to do it to help and raise awareness.

Benavides said the idea of ​​selling flauta orders and raising funds came about because he strongly believes that the idea of ​​simply providing thoughts and prayers is not enough. He said he prayed for what he could do, then thought about how he could use his business to make it happen while bringing some comfort to the victims.

Benavides said that in the first five days of June they received 51 orders for flautas as residents were already beginning to respond.

Benavides said he will post the number of orders placed online each week so people can see how much money is being raised for the Uvalde community.

Benavides said he still couldn’t fully understand what happened at Uvalde. Aside from the mass shooter itself, he thinks it’s equally frustrating and sad that a young boy – the mass shooter, who was only 18 – was also able to buy such weapons first. venue.

“I can’t understand that kids can buy guns at this age of 18, because most kids can’t make a (good) decision at this age,” Benavides said. “It’s difficult, because anyone can go buy a gun and do the same thing anywhere.”

While Benavides continues to sell flautas, he said he still hasn’t decided which specific organization will receive the donations, but is exploring which one will have the greatest impact.

Benavides also said he was looking for an organization that could take the money there so they don’t have to go to the actual site of the mass shooting or to the community that is still in shock. However, he said that if he could give the money directly to those affected, they would plan a trip in July to have meals which they could also cook.

“I don’t think I can bear to go there,” Benavides said. “Just seeing pictures of the school there is devastating. However, if it turns out that we can give it to people there locally, then more than likely we’ll drive over there and send the money and get some treats and stuff like that.

Benavides hopes more people will find out about his business so he can continue to place orders, as all funds raised through those orders will go to the people of Uvalde. He states that the community needs a lot of healing, and they hope to be part of that goal.

“I just want people to know we’re doing this for a good cause. Hopefully we can sell more flautas throughout this month and give them the money they need, because mentally a lot of these people won’t be able to work for a while,” Benavides said.

Benavides said he was open to anyone visiting his restaurant and speaking to him directly before the end of the month if they wanted to share their opinion on the best place to donate.

Lorain police organize a coffee with a cop – Morning Journal